Slipknot : " We Are Not Your Kind" 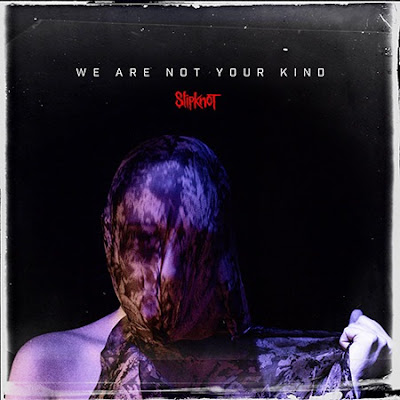 This band has been raging against the label of nu-metal for the past decade. This album might be more user friendly , but I do not suspect it win them any new fans .-The first opens with a children's choir singing along with Taylor. The verse reminds me more of the first album. The chorus finds him singing in a much cleaner voice than normal. The production on this more melodic section is lighter in tone. There are many more electronic elements time time around. Taylor is singing more. The sung vocals are mixed back from the guitar more than they used to be. The verse to "Birth of the Cruel" has a metal core break down feel, though they do find their way to a groove. I had to crank it in order to get the depth of the guitar tone. It is very polished and well written so I can see it growing on me. The interludes in-between the songs sounds like they escaped a Nine Inch Nails album.  "Nero Forte" finds the verses punching again an d a lighter higher vocal on the chorus.

Up to this point the sung vocals have been sung with more finesse, but not among the more memorable hooks I have heard from them. They put the hook in "Critical Darling" . It gets harder to tell this band apart from Stone Sour when they break the acoustic guitars on "Liars Funeral" .  It does get heavier, but even then I would say it's not  the album's strongest song by any means. The guitar sound still doesn't feel as dense to me even when they dig into the heavy on " Red Flag" . It feels like recycled ideas from other songs.  "Spiders" feels darker despite the more pop feel to Taylor's vocal.  Midway into the song things get a little weird. "Orphan" find them latching onto a hook. The verses are more thrashing. "My Pain" is more subdued with layered vocals. Four mins in and never builds into a real song.

"Not Long For this World" is propelled by the hooky vocals. His voice is more emotive this time around when it come to actual singing. After a minute it builds into the meat of the song.There are some pretty cool chugged riffs in this one but the rule hear is "cool riffs alone do not a good song make". It does build into a more thrashing riff.  The album closes with "Solway Firth". There is a drone before it kicks into the actual song.This is the album's heaviest song and also one of the most dynamic. It's also darker than some of the others . Lyrically it is not ambiguous anger, but more personal self loathing in reflection to the rest of the world. I will give this a 9, it's a great deal better than I thought it would be. It is also not as heavy or dark as I thought it would be.

Email ThisBlogThis!Share to TwitterShare to FacebookShare to Pinterest
Labels: " We Are Not Your Kind", 9, album review, nu-metal, Slipknot