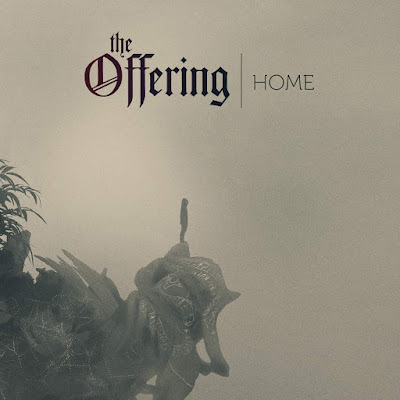 These guys fall some where between nu-metal and power metal. So in the same zip code as both Avatar and Strapping Young Lad. The guitar sounds very processed and digital, where it is hard to separate from the bass. The drums fall in line with mechanical precision behind it. I think that is what I typically do not like about this kind of metal is it sounds too mechanical. The execution might be excellent, but where is the soul. Without the soul I can not feel the emotional darkness that makes me believe any of the so called aggression. Sure there is shredding. If that is all you need then you are going to love this album. I think where i have a little more tolerance for these guys is it does sound like they care about the songs. The other draw back is this is not dark. There soaring chorus is too happy. The power metal yodeling often does not help with this. That is not to say yodelling vocals can not be used in dark music I think Nevermore, Borknagar, King Diamond and Flotsam & Jetsam all prove this is not the case.

The faster they play the less heavy it seem now matter how he tries to growl. Production plays into this . If they just plugged into their amps and not run through the digital processors the guitar sound might have more balls to it. They do get a little darker on "A Dance With Diana" . The main rift is a little on the Slipknot side. But it shows that the yodelling vocals can work. Even with the Slipknot riff  ,slowing down and embracing melody is a smart move on their part. I think double tracked vocals would work. This guys voice is on the better side of decent so can we just here one voice at a time. It is so heavilly layered I can get a clear feel of what he really sounds like and it sounds like the answer is hiding under the layers. "Failure" flirts with metal core, but with so many layers of production it is hard to make heads or tails of.

The prog metal is thick in "Hysteria". It is like a cross between Into Eternity and Symphony x , Though less extravagant than the latter. His singing voice begins to sound cartoonish. Certainly lacking the menace metal calls for be it sung or growled. "Glory" is more straight ahead. The keyboards play a larger role. The song is pretty cluttered wit ha lot going on from every direction.
I do think these guys could break on through to  larger metal audience with this album as nu-metal seems to be circling the comeback drain. The album closes with the 14 minute "Home". It is going to take a lot more than shredding to keep my interest , is my first thought going into this song. The let up on the verse and give the vocals more room to breathe. The slew of staccato riffs follows the chorus is the same tangent they  have been on . At the 5 minute mark there is a cool melodic section, but the song eventually builds back up into another Slipknot section. I think some of the production choices are the draw back for me and they could have done better with a rawer sound. I will give this album a 7.