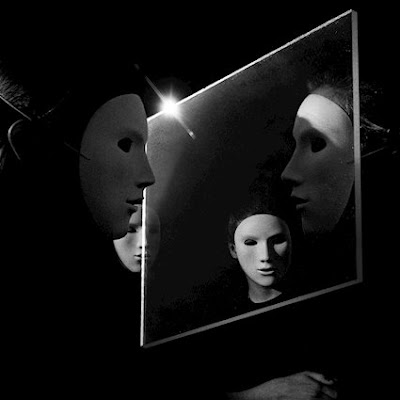 Going into an album from a band comprised of members from Touche Amore, Trap Them, the Hope Conspiracy and Gouge Away, I expect an explosion from the get go. Instead there is 43  seconds of  dark brooding guitar that gave me a false sense of security and then the explosion came. It is pretty straight forward punk, the first song has a metallic break down and there are plenty of hard core punches thrown. It political anger , about what makes him fucking sick. I am fine with punk doing this I know what I am signing on for in this regard. The first 3 songs are under 3 minutes .

"Trending" goes into moment of hyper speed blasting. There are some cool riffs in it, but even  for punk the rule here is cool riffs alone do not a good song make. The vocals are a throat yell that only conveys anger. This gets a little tedious by "At Our Best When We're Asleep". The more melodic guitar to "Hellevangelist"  give it more sonic motion that is more interesting. The album ends as it begins though they develop that into riff into an actual song, which I think is a really cool idea and more forward thinking than  most punk. This song is more sonically intense and darker which of course works well for me. It is also the best song on the album.

This album is short and sweet, except for the hyper fast part that got on my nerves, if you want angry punk then this is a good soundtrack for the state of today's world. These guys are of course total pros at what they do. This album is on Deathwish Inc, so it is going to be quality production wise. I will give it an 8. While I enjoyed the listens I got from this it is not something I would listen to on a regular basis, as when it is time for this kind of thing I would go for Converge instead, as they are darker and more metallic. But if you want something that is more punk than not then this will be up your alley. This album comes out August 30th.