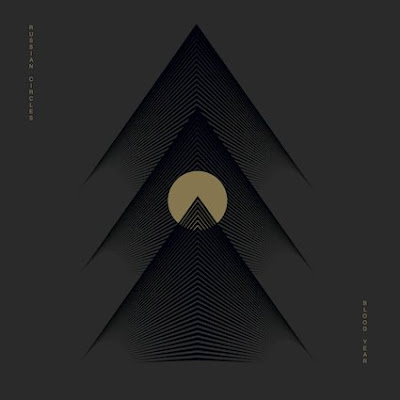 These guys are one of the handful of instrumental bands that can keep my attention. The first little ditty sounds more like an intro than a song, so I am saying that "Arluck " is the first actual song, for the purpose of this review. It takes all the things they do well and encapsulates them. The most impressive of these things is the mighty chug they lock into. On the last album they were darker and bringing more black metal influences in. This time around most of that is gone and it feel more honestly them.  I like this album's sweeping sonic scope, the only problem is the 3rd and 4th song sound like movements of a larger piece and I listened to this album twice through until I figured out where one song began and the other ended so they sound very similar.

There might be more ebb and flow to "Milano". This the exception to the rule when I said most of the black metal elements where gone, some still lingering."Kohokia' is a like a bass heavy version of the previous song. The more I listen to it the more the songs run together. "Ghost on High" is just an intro for "Sinaia", which is  first song that really starts off with a different tone to shift the dynamics and stand apart as a entity unto itself.  There is a show gaze meets post rock vibe with a heavy sonic pump to it."Quartered" closes the album. It displays a majority for their strengths from the big powerful chug, to a great drum sound. The only problem being that I feel like this is being recycled. The only new element to it is the more atmospheric guitar that is layered over it.

They do recycle a great deal of sounds and idea's from past albums. It is a balance of if it is not broke don't fix it and progressing.  I don't hear much in terms of progress, but it sounds more like they have refined their sound down to what has worked for them in the past. This might come across as lazy to some, but if you are really into these guys then I think you will dig them getting back to basics ans stripping away some of the other hats they have tried on in the past. I will give this one an 8.5.