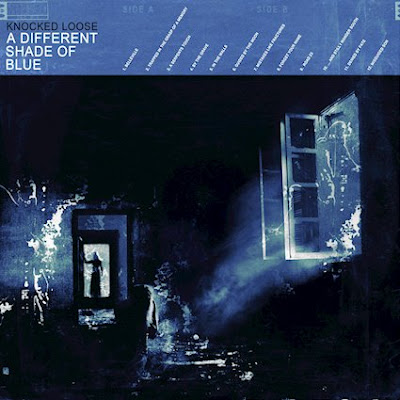 I may or may not have included these guys on that next big thing list I reviewed based off of Revolver magazine's thread asking readers who they thought the next big things was going to be. I have yet to se any of those blowing up this year. Never listened to an entire album by these guys, it's metal core with the emphasis on core. Their vocalist has more of a punk yell. They do have another member of the band add death metal growls that are lowering. In some ways it makes me think of Drop Dead Gorgeous if they were more punk. They experimental a little more on the second song. "A Serpents Touch" puts the emphasis more on the break downs or the frenetic pace. You can hear how Slayer has influenced them on "By the Grave" .

By the time we get to " In the Walls" it sounds like you are being haunted by the ghosts of Myspace metal past. There are touches of dissonance I like , I am beginning to get a little bored.  There is a little more darker atmosphere on "Guided By the Moon" . Rather than sung vocals there are spoken sections buried in effects and set further into the mix. I think this is the first song that I really like. "Mistakes Like Fractures" is metal-core  color by numbers.  "Forget Your Name" works better as it is catchier. "Road 23" felt like an extension of that song. "And Still I Wander South"  finds the band locked into what works better for them which also hinged how much space every one is given in the mix.

Like people who live for the weekends, bands that live for the break downs are missing out on the rest of the song , and fail to think of  how this will effect the entirety of the album. I will give this album a 7.5. I can not be the target audience. I guess the target audience is all in high school.   Which is fine they can round it up to an 8 if need be. I can not see them being the next big thing or me wanting to listen to this again.