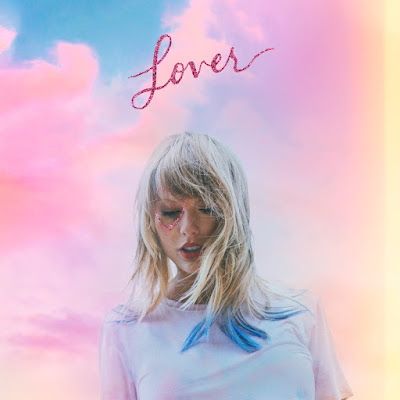 To an extent she stays the course as "Reputation" in that it is less organic than "Red"  and more of an electronic based pop album. The first single"Me!" felt rushed  and was an underwhelming fast forward classic. The opener is better than that song, but not up to what I expect from her as the verses do not feel focused. She does knock it out of the park on "Cruel Summer". I am excited that she returns to guitar on the title track, winking back toward her country roots. This is what I want more of , though I love "1989" so I am ok with the pop. It also has a little touch of 1950's pop. The second song also takes turns toward the end that is more adventurous song writing than "Reputation" . It is back to pop on "the Man". It's some what of a feminist ode. There is more of an 80s sound to the beat. The chorus is not as strong as her other pop songs

There is a dark more Chrvches like sound to " the Archer". It coasts on the same introspective atmosphere without building, so it fakes you out and gives you sonic blue balls.  There is weird funk tinged feel to the other wise plastic synths of "I Think He Knows". It's ok , but not great. I know she can be great, so I need that. "Miss Americana & the Heart Break Prince" benefits from her fitting snugly around the beat. Guitar returns to "Paper Rings" . It's peppy like a organic version of "Shake It Off" though the vocal lines are not as strong, but it's a fair enough point of reference. The chorus is peppier. The 50s under current is present in places here. "Cornelia Street" has a hookier vocal line that holds up against her other work. Which is all I really ask of her.  "Death By a Thousand Cuts " has guitar on it , but the bulk of the song is electronic. It's thoughtfully upbeat and interestingly atmospheric in a way most pop is not. "London Boy" is pretty passable for her, it's silly and fun, so I will take it.

The Dixie Chicks join her for the acoustic song "Soon You'll Get Better" . Anything country tinged I am going to like with Her. There is sax on "False God". It feels like she is covering a Sade song, which I am good with. I had already heard " You Need to Calm Down" ...and I like it, better than the first single.  "Afterglow" feels like it could have come off of "Reputation". The chorus works so I am good with it, not recycling , but familiar enough of a sound to still be new . Giving "Me!" another listen and it's not as bad this time around, the chorus is a little too happy, it's still one of the album's weaker songs. Their are many asian intervals on "It's Nice to Have a Friend", it's kinda of like a folk so by way of China. Very odd. "Daylight" is a ballad of sorts, once the beat comes in and gives some movement it improves. I will give this a 9 for now and see how it grows on me. I would give her other albums up to this point 10s at least ..."Reputation". "1989", "Red" and "Speak Now" so this is a notch below those, I think there are too many songs so it leaves more of a margin for error and she should have stopped while she was ahead and trimmed the fat.