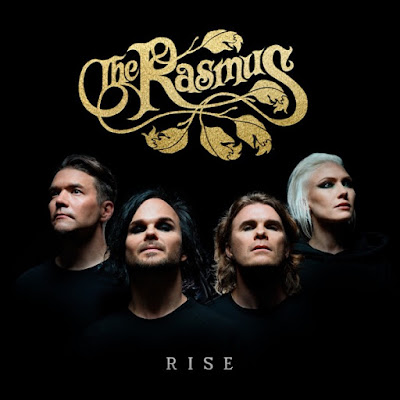 This Finnish band gave themselves wide breadth to thrive in 2022. It is amazing for a band that has been around since 1994. Their singer does not sound 43. They get a little more rock than the pop anthem they open things with on the title track. The symphonic elements are still in play. These guys do what Maneskin tries to do a great deal better. I like the groove to "Fireflies" it is really well written and the vocals weave over it with the kind of mastery you should expect from someone at this as long as these guys. This is pop music, but to their credit it is being played with real instruments, and admirable finesse. It is clear their songs are going to be polished, how they connect with me varies song by song, with that said "Be Somebody" does not vibe with me as well as "Fireflies" which is going to be the measuring stick for this album. Though it is well done.
"Odessey" is a big ballad, that I really do not find myself needing to hear again though they did a good job with it, just not my thing. There is more of a rock feel to "Jezebel". It sounds like if Def Leppard, covered "Corey hart's "Sung Glasses at Night" , which works though the chorus is happier than aggressive. Def Leppard's post "Hysteria" work is a good frame of reference for the sonic space they occupy when leaning into the rock side of their equation.  "Endless Horizon" has the kind of brooding breathiness boiling in it as 30 Seconds to Mars more emotive moments.  "Clouds" has darker lyrics than it does music, but they are really well sung, which makes the song a winner in my book
I would not say despite the title of the song "Written in Blood" is much darker than the rest of the album, but it does have a rock tension to that works well. These guys are very smooth in how the melodies flow and transition. The last song, I had to listen to a few times for it to sink in, but like most of their stuff it is very effective at what they do I will round this up to a 9.5, as they have perfected the pop side of what they to and creates infectious songs that do not feel lost in the 90s.
,.
Posted by Wilcifer at 10:37 AM

Email ThisBlogThis!Share to TwitterShare to FacebookShare to Pinterest
Labels: 9.5, Finland, pop, the Rasmus