the Black Angels : "Wilderness of Mirrors" 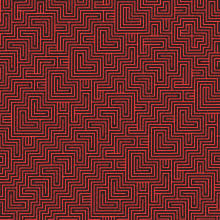 The 6th album by the Texas opens with the kind of hypnotic throb you want from them. It has a dark drone to it that creates a haunting pulse as layers of sound swirl around it. The ebb this sound down for the more rocked out "History of the Future". The reverb drowned vocals occupying a similar space. The bass bring more of a thump to drive the groove of "Empires Falling". The vocals have a clearer narrative as singer Alex Maas awakes from his stoned lethargy.  There is more of a 60s pysch-pop feel to "El Jardin" it's pretty well written not as upbeat as what Neil Diamon write for the Monkees , but heading in that direction. Dynamic it packs more of punch.
The bleak groove to "La Pared" is a mesmerizing motion driven by the bass line.  There is more of strut in the step of "Firefly"  "Make it Known' is more grandiose in its sonic scope. The slinky manner it slithers around in the bath of atmosphere is not unlike later period Radiohead. One of the album's better vocal performances so far. The melodic guitar line that drips around the groove works really well. The lonely western strum of acoustic guitar on "the River" creates a cool mood, for the 60s sounding amble. The title track also latches onto a more 60s based sound, but while doing so they never get bogged down in being retro or basically make the kind of power pop that is garage rock.
"Here & Now" works off a more urgent folk strum. I like the vocals more emotive quality here. They continue to wander through a dreamy garden of space sounds as the album progresses. To say they are like a cross between early Pink Floyd and Stone Roses on this album would basically be saying they are a variation of Radiohead. Less introspective and more expansive in their drug use would be the best way to handle this comparison. The way they wander gives them more common ground with progressive rock than indie rock. There is more of a freak out boogie to "A Walk on the Outside".  "Vermillion Eyes" ambles down the same Absinth laced paths we have already danced down. "Icon" is more rock based and moves with more attitude in it's undercurrent not unlike back when the Rolling Stones were taking acid. There is an interesting array of ambient sounds sparkling from the corners of the last song. I will give this album a 9.5, for now and see how it sits with me, over all the scop of what they do and the context of how they do it is next level shit from the past that sounds just as original today.
Posted by Wilcifer at 9:23 AM