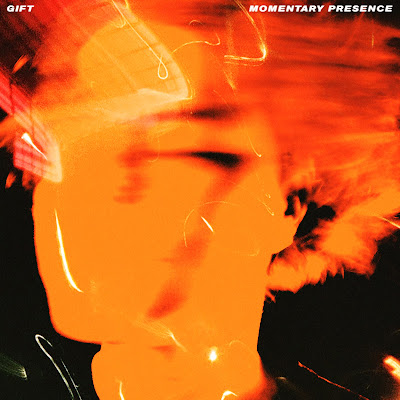 Not sure why this band is referred to as psych rock, when their debut album clearly indulges in the kind of dreamy Brit Pop that Stone Roses made famous. Yes, they do rock out more when "Gumball Garden" rises to a climax, but it is not like they go full Hawkwind. It is however an odd choice for the lead single from this album. There are surreal moments to the synths that add the albums textures, but drugs are only a passing fancy to these guys. They are more dream pop than shoe gaze, as the songs are moderately up-tempo and almost dancey. There is an undercurrent of 80s synth wave vibes at times and the vocals are rather androgynous.  "Share the Present" threatens to just breeze by on a gilded cloud of neon before I can really form an opinion on it.

At times these guys seem like if the Drums and Drab Majesty melded together. The carefree nature of the vocals, but from behind a smoke-filled veil. When they step from behind the surreal curtain to strum at guitar the detached dreamy vocals cause the songs to float back out into the cosmos. The results are not what I would call trippy, perhaps for kids these days, who are just taking pills and smoking weed this is their version of psychedelic as there is less soul to it. When it gets to a song like "Pez" there is a much clearer picture of who these guys are as their own entity. However, that is soon blown out into the sea.  Things ironically pick up with "Stuck in a Dream" after rest of the album up to this point feels like they have in fact been stuck in one.

Things begin to go in a weird Gary Numan like direction of "Dune". The vocals however are in the same whispery coo as they have been for the entire album. The bass line has a droning groove that works well. "Feather" floats along on a synth cloud. There is a guitar solo, but it is just another texture. They shift gears again with the faster paced electronic pulse of  "Pinkhouse Secret Rave". Which does not sound like anything played at a rave. There is also another guitar solo. The last song is the only thing that feels psychedelic to me. There is a cool hypnotic drone to this one. I will round this down to an 8.5, since the vocals are a bit of a one trick pony that gives the album two uniform a fees despite the other song dynamics in play. That said it is still much better than most of what is being released these days.