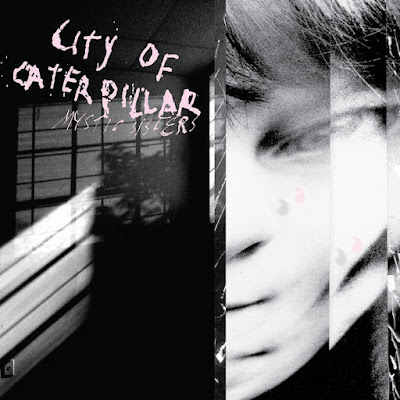 This album by the screamo veterans opens with a blending of atmosphere, emotion and intensity that I have not heard since Planesmistakenforstars were around. The build the explosion rather than being as overt and formula bound as the kids who followed in their footsteps. They use chaos rather than relying on unlocking a certain guitar sound. The second song find them with the kind of calculated musical mess that Fugazi used to create for themselves in their rowdier early days. "Decider" finds them more aggressive and lashing out in the violent manner we more commonly think of as screamo now. I appreciate what they are doing here, it really just depends on where my head is at as to if I want to hear something this energetic. I prefer their darker more brooding side. Even the swirl of chaos channeled via guitar has its appeal. Midway into the song they do rein it in for more of an emo tension.

The title track finds the band simmering in the ambiance for a slow build into the song. It is mainly an instrumental that does use vocals in the last two of its seven minutes. "Manchester" is a very effective blend of all their sonic moods into a cohesive song. Surprisingly what I like about this version of hard core is it has very little in-common with the more metallic variety. Instead, it works off sonic intensity, which is the part that should be less surprising if you are a regular reader here.  "Voiceless Prophets" puts them closer to the noise rock caterwaul of bands like the Jesus Lizard. The angular disjointed spasms emitted from the instruments is another collected chaos. In under seven minutes the band is capable of taking you on a journey most of today's prog bands cannot muster. The vocals are sung in a throaty howl. Sometimes closer to singing than others.

They get a little more aggressive on " In the Birth of a Fawn". The vocals are exclaimed more forcefully, though the guitars still carry a great deal of melody to them. The last song "Ascension Theft" starts off with post-rock like guitar minimalism. Many of the post-rock bands of today have evolved from what bands like these guys were doing in the early 2000s. The vocals do not come in until midway into the song. It goes into some really unexpected places, thus showcasing their range as a band. I will give this a 9.5 and see how it grows on me. While it feels like a label such as Deep Elm should be releasing it, the task has been put upon by Relapse Records for doing so.