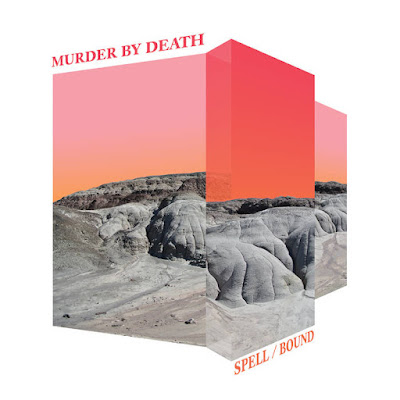 Their 2015 album "Big Dark Love" was the last album from these guys that I checked out. They released two others in-between their newest release. This album is sonically not as stark when it opens when a warmer sounding country song.  Lyrically things darken on the second. When I talk about dark with these guys, everything is being measured against "Who Will Survive and What Will Be Left of Them". Yes, I know that was their second album and it is a masterpiece. They are not trying to replicate it nor would I want them to, but it does show where they are at peak songwriting and the kinds of things, they are capable of. Things get darker by a margin on "Everything Must Rest" which also is the first song that finds them becoming a rock band again.

His voice stays at the mellow baritone. Sometimes this reminds me of Morphine, though they are not coming from as hopeless of a place here, "Sandy" is another darker yet more sweeping in the sonic dance it does. "Riders" he belts it out a little more. This song works of the sway of the new violinist they have brought on board and string are a little more at the forefront with this album. With "Riders" it is perhaps the best blend midway into the album of the rock elements with the more subtle sounds of their more western leaning instrumentation. Things get darker and take a more dramatic step sonically toward the kinds of sounds the called forth on "Who Will Survive..." with "Incantation". His voice takes a more commanding tone, everything is draped in reverbed before the creepiness settles in. Making this my favorite song so far.

"When" goes from sparse spacey western tones into a more grandiose climax. The vocals slowly build the mood, as he croons "Run for your life".  The band made conscious efforts to create a more cinematic feel and more in a trip-hop like atmosphere, which the streamlined drumming does create a more drum machine like groove. Synths also makes themselves more known here. Though it is not like they took a wild creative left turn in doing this it is a very subtle progression from their identifiable sound. If you are fan, they have left what you love intact. The return to a more country sound on "I'll Go", which is a very flowing song. Synths resurface for "Strange Song" to close the album, with an oddly arranged string driven pop feel, that is more pop in a show tune manner than say Duran Duran or Taylor Swift, though there is nothing that dark about it, which is fine that they are uses other sonic colors for this. The rock elements slowly slip in as the song progresses. I will give this a 10 the closing tune is the only song that has to grow on me the others connected right away.