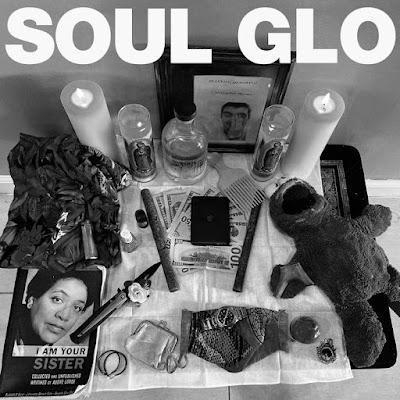 On the first song this Philly band reminds me of a punk version of the earliest version of Faith No More, as their singer has a singer cadence to his voice. The guitars are closer to indie rock in their jangle than punk. The vocals are a chaotic howling. By the second song you can hear the kind of noise over song abrasion that Death Grips brings to the table at times. These kids are still more of a punk band when they do this. I am less impressed by this and more annoyed. Despite the speed with which it's temper tantrum rushes past you "Thumbsucker is still more of a song than the previous effort.  If Fishbone were a bunch of crack heads the result might be similar to " Fucked Up If True". Fortunately, most of these songs are only about three minutes long so I do not have to endure this album for long.

"Jump or get Jumped" is mostly some ranting with the only clear-cut guitar line coming in mid-way through, it is spastic chaos and droning ranting rather than songwriting. There is a more electronic thing going on with "Driponomics" the vocals are more rapped. I prefer the electronic sound more they employ on the song that follows as they are more musical. Though they take a turn into a more clanging mod punk. This proves they can write a song if they want to. They just chose not to and are making art with a message, which when it comes to the lasting power and what you want to listen to on a daily basis that stands the test of time, it equates to nonsense, if find myself often having to click off before the song ends, though I make it with in the last twenty of each song in most cases. "the thangs I Carry" comes closer to be being a song, with guitars that are trying to hold things together as Pierce Jordan just screams. The shame of the matter is when they do get closer to doing something musical it tends to not go anywhere.

"We Wants Revenge" finds the Bad Brains influence being apparent. It would work better if they were able to fall apart as chaos then bring it back together which would be a dynamic that would prove themselves more as musicians as at this point, I am unsure if they can play their instruments or not "John J" sticks to the ore chaotic vibe. At four and a half minutes they give themselves more room to explore, the song has more of a metal beating to it. The bass line holds this one together. "Godblessyallrealgood" is more of the punk chaos they have been dishing out and show no new sonic colors. The last song strats off with them serving as the backing band for a rap track that is more interesting so the vocals might be the problem with this album.  I think rounding this down to a 6.5, is fair enough since I had to push myself to get through the sogns which factors in the this is not my kind of thing and score it based on its merit as songs.