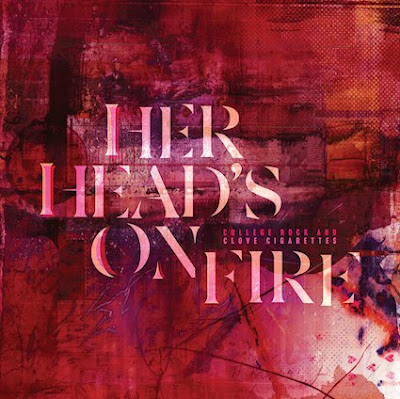 This band is comprised of former members of Garrison, Saves the Day and Small Brown Bike. If you do not know who those bands are then, this album might not be as impactful for you. It reminds us of a time when Emo was rooted in punk and not Myspace era glam rock for children. There is plenty of melody to ice the top of the sonic momentum of the opening track. "Call Me Up" has the bitter tension to its emotional weight the guitars crash around it creating not shortage of tension. There is a syncopated stomp to "Lexicon of Doubt".  You can hear plenty of Dinosaur Jr in influence in how the song cruises along.

"Common Shame" draws from a similar energy and attitude as early Get Up Kids. It races along but does not carry the same emotional weight as the first few songs.  With "Pristine Heart" they split the difference between the driving indie rock of Dinosaur Jr and the more punk sounds of Get-up Kids. To their credit they have not directly done anything derivative of their previous bands. There is a wonderful languid melody to "Rising Tide" which is not a cover of the Sunny Day song but reminds you of a similar era when emo was not a bad word. The slacker punk of "So Beautiful" is not as impressive. The vocal hooks are not on the level of the previous songs where their songwriting is firing from all cylinders.

They prove they can come from the sweet spot of high energy, sonic intensity and melodic depth on "Matchsticks" which hits all the marks. The final act of the album finds them locked into more of a post-hardcore fist pumping power. The tempo is paced at more of a punk feel with foot to the gas. The vocals on "Sugar Lips" balance this out a bit though backing off on the speed when it comes to the chorus would have worked as well. The drums do not play as large of a role in the last song and instead let the guitars jangle on in a drone.  Perhaps this song needs to just grow on me. I really like where this album takes the listener so will give it a 9.. This drops July 29th