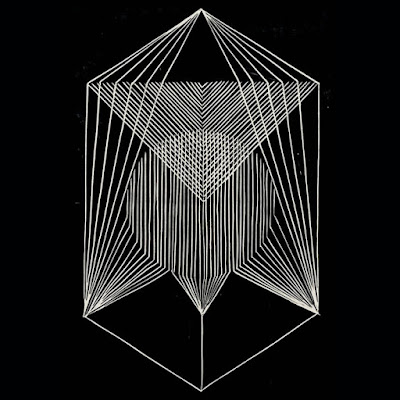 There is post-punk influence on some of the darker edges of this band's sound, but the overall feeling is straight up punk. It is less about tension and more about being in your face. They embrace a noisy clang to their often-angular clanging. The vocals are more shouted than sung, but there is a melody expelled here and there. Things jerks you around quickly. I can hear Fugazi as one of their influences for certain though the bass is typically more buried in the sonic wall of guitars. On the second song the shouting of the vocals is rallying cry to chaos of the clamor kicked up rather any organized cause. Which reminds me of the social situation in America these days, though they do not seem to be raging that hard against the machine and are more about personal discontent.

The third song gives the vocals more room to get their point across while the guitar dances around them in a herky jerky manner. The more screamed chorus stands out again the structure of the first verse. Recorded in a warm organic manner it captures the band as you might expect them to sound in their rehearsal studio. There is still a big energetic wave of guitars hitting you. Reckless in feel the execution is very nuanced, but to the production the live feel wins out.  I can only imagine based off their high energy performance on this album that this would be a really fun live band.

Things switch gears for the last song, which is a more subdued style of indie rock. The vocals are more sung, though when they are not yelled with a greater sense of command and the more sedate method of vocalization is employed the results are marginally less effect, though I appreciate the changing gears as it paints a bigger picture of what this band is capable of. I would not call it emo but it looks in that direction when it comes to the more introspective mood. I will give this band a 9, they are convincing in the unrest covyed as a punk band , though rather than work off sheer reckless enrgy these guys are very capable in what they have woven with their instruments.

Email ThisBlogThis!Share to TwitterShare to FacebookShare to Pinterest
Labels: 9, Laces Out, post-hardcore, punk