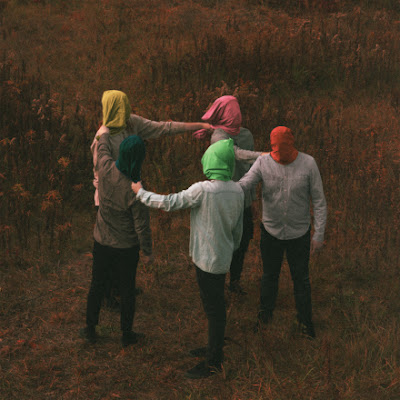 This Atlanta bands brings a spastic brand of screamo, that works in mathy passages amid the chaos. I can appreciate the weirdness being kicked around here. Is Mr. Bungle by way of Dillenger Escape Plan an influence? Sure. Is vocalist Carson Pace a singer of the same caliber of Mike Patton or even Greg Puciato? No screaming is his primary love language. He does sing in sparse bursts, but I get the impression he could be a decent singer if he sharpened this tool more. By the second song the looming problem with the album is foreshadowed when I am a minute into the second song, before I realize it is the second song. Meaning for all their quirk, the songs sound the same. Yeah, there is a heavy break down in the second song, and it evolves into a cool groove, but the over feel is uniform. Even as they try to abandon the conventional songwriting formula, becomes a formula in and of itself.  The bands that excel at this are able to do both.

It only takes me 38 seconds to realize "Beautiful Dude Missile " is not a continuation of the previous song. They do prove themselves capable enough musicians to work in varied genres outside of screamo. "Title Track" which is the name of the song, not the title track, it works of a glitched out temper tantrum of syncopated punches until settling into a palm muted groove. The female vocals harmonizing works really well and is perhaps his best vocal line thus far on the album. It is also one of the album's most accessible moments. A minute and ten seconds into "Field Sobriety Test" I realize it is not the previous. It is more spastic and the guitar chugs harder. The drummer has typically been more impressive than the guitarists. The bass player hides in the background, which is a big difference from these guys and Mr Bungle.

The guitars attack you more in the twitching onslaught that is "the Elephant Man in the Room". It conforms more to the expectations of progressive metal for today's metal kids. The jazzy guitar passages are cool, but the spastic nature of the song consumes it. "What is Delicious?  Who Swarms?" follows a path not far removed from the previous song though more compelling melodic elements are introduced as the song progresses. "Star Baby" is more of temper tantrum. The poppy middle section of the song works really, and I would almost prefer to hear more of that. This album was a lot of fun, there are songs that had my attention more than others, but I think they are effective at what they do. I will give this album a 9, as the uniform nature of the spasms keep being perfect, but it is a success on many other levels.