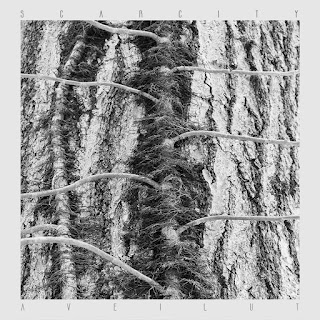 The fact this band is on the Flenser was enough to make me want to check them out. They are a project from Brooklyn. They refer to themselves as black metal and in some way, this is true if you are thinking of what black metal out of Brooklyn might be prone to sound like. The first song is mainly drone with some screaming under it, normally I would not consider it a song, but they committed almost eight minutes to it so they were intending on it being more than an intro. One of the blackest of black metal things about this album is the god-awful production. There is a scraping rumble to the second song. It feels more like A Place to Bury Strangers fucking around like Sonic Youth. It does get more metallic. Abrasive in the white noise they abuse you with. Their atmosphere is enough to give you a headache,

If Liturgy took things a step further in the noise department, we would be hearing this sort of thing. But they care a little more about songs, so use restrain where this project just goes for it. Like King Midas, rather than gold everything they touch turns into a dissonant drone. The third "song" is more droning noise with screaming set against it. The drums are somewhere in the mix. The clanging dissonance of this chaos can be grating. They employ different sounds but do similar things with them. There is a slight industrial hint to the swathe of buzzing sound that cannot really be called music.

By the time we get to the last song with has more in common with the narcotic pulse of synth wave, there is little that can be regarded as a song or music, there are abstract sounds being tortured. In scoring this album, I have to consider what is music and are they making it. If you like droning abrasive noise, then this might click with you, depending on what drugs you are doing at the moment. There is really nothing here that touches upon what I listen for in music so I will give this one a 4.