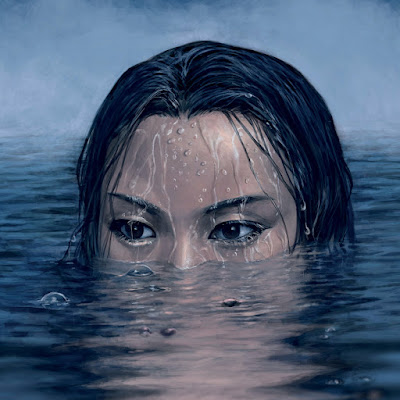 There are three reasons I cover a band here, 1- I like the band, 2- I am looking for new music and curious about and artist 3- familiar with the artist, not one I listen to, but I know there is a demand from readers. This grind core band falls into the third column. Grind core is typically not my thing, though in saying that there are a few bands who incorporate grind core into their sound that I love, like Portrayal of Guilt and Nails. Singapore's Wormrot is one of the more polished acts in the genre, so this worth checking out for sure. Off that bat the first song and the second song, run together like they are the same song and perhaps they should be. I like the sung vocals on "Broken Maze".  Their singer quit the band after this was recorded, so it is a swan song for one era of the band.

These guys have enough metal sensibilities on songs like "Behind Closed Doors" to make their songs interesting. They use more traditional metal chugs before freaking out into the more punk sounds of "When Talking Fails, It's Time for Violence".  Some of the songs goes by in such a thrashing blur that I had to go back to hear what I missed. Effective at what they, but it is not until a few songs later that what they do translates into something that would require repeat listens otherwise. The more Tasmanian devil like moments do not sound any different than the other bands that do that sort of thing. At times they might just layer more sounds for a moment. The drum focused "Pale Moonlight" might bring new sounds to the table, but it is more of an interlude than a song. In terms of songwriting "Seizures" might be the best song thus far. It also conforms to more traditional metal values. It makes you want to mosh.

They continue to set themselves apart when they flex their songwriting chops. "Voiceless Choir" at times reminds me of S.O.D, but the thrashing delivered is impressive. At times the take spastic into the direction of Mr. Bungle in the angular jarring turns toward madness. "Grieve" might be an instrumental but it works pretty well as a song.  'Sea of Disease" captures enough mood to balance out the temper tantrums. "Noxious Cloud" is more in the death metal side of the equation. While cool riffs alone do not make for good songs, they balance it out. The interesting time signatures of "Desolate Landscapes" make it more interesting than your average metallic outburst. It is the furthest they have gone into a black metal direction so far.  At 42 seconds "Spiral Eyes " is just a song crammed into under a minute. "Vicious Circle" is six seconds over a minute and in a similar vein if you added a melodic guitar line over it.

"Weeping Willow" finds them more interested in blasting away at your ear drums more often than not. Midway into its minute there is a hint of mood. It is not always about time as "All Will Wither" is just two seconds longer and more of an interlude as it never builds above the simmer of voice and drums.  At four and a half minutes "Glass Shards" is by far the longest song as it closes out the album. At first it is just blasting then things get more musically compelling midway into it. Though it sounds like almost every black metal these days, however in the context of this album is impressive. This album won me over and is a more matured effort from them that draw from a deeper well of metal influence. I will give it a 9.