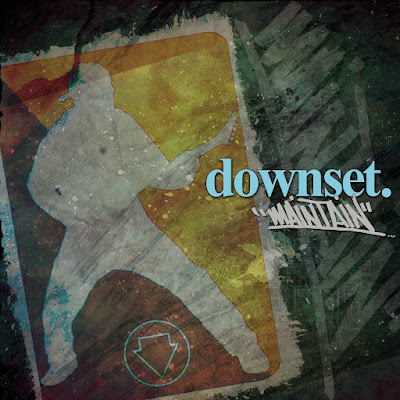 I was excited to come across this new album from one of the Victory Records bands that fueled my interest in hard core back in the 90s. "Do We Speak a Dead Language" is the best album, but not their first. These guys were one of the first rap core bands before nu-metal got its wings. Their 1989 beginning puts them two years before Rage Against the Machine. The opening track is not the strongest in terms of how the vocals flow with the riffs, the phrasing feels a little off which, makes me hesitant to get my hopes up, though on "Blackest of Days" the groove flows better, and I ease up a little.

"New Respect" falls somewhere between the two. Things are much stronger on "Won't Forget" with an almost Life of Agoney vocal that glides in. "Wreck It" has more of a hip hop feel. While that has always been a part of their sound this sounds more like Public Enemy.  "On Lock" finds the vocals feeling a little awkward again until things kick in. Thankfully even the most awkward moments only last about three minutes.   "the Place to Be" is one of the album's better songs. "Your Power" has better riffs, though the grooves here sound more like something from "the Black Album".  "Positive Mind" at least fins the vocals locked in with the guitar better.

They pick up the pace for "Hear Me Now".  It works well enough. I think the vocals are a little dry production wise and could have benefited from some reverb. There is more of a hard core feel to "Deeper" . The lyrics are not what I would expect from them, it's emo heartbreak stuff. For what they do the last song works pretty well and is consistent with who they are and executed in an effective manner. I will give this a 7.5, it might not be the comeback I was hoping for but finds the band finding themselves all these years later. More nu-metal than hard core.