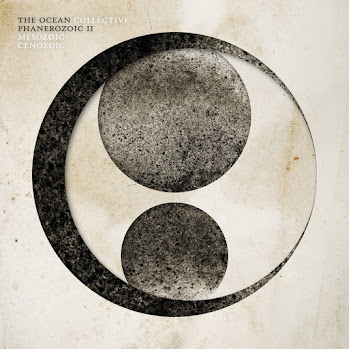 Never really gave this German much thought. I think I thought they were Myspace metal. Oops the are very dynamic progressive rock. Yes there are the harsher vocals but they feel more like what a sludge band might do and they are balanced by hypnotic and robotic vocals. If you blended King Crimson with Neurosis the result might be similar. Would not that sound like Mastodon you ask. Not really. This album is an undertaking . It is 18 tracks due to the fact they have also doubled down and included instrumental versions of the first 8 songs. For the purpose of this review I am only going to review the first 8 songs as it seems pointless to review the same songs just without vocals I doubt it really improves upon anything.   I like the more exotic Hungarian scale they employ.

The second song is 13 minutes long, but they keep things interesting and moving with compelling melodies . Their use of clean vocals on this song even touches on some Katatonia like moods. Lyrically the concept of mankind's extinction is better than most metal tropes. The more straight forward heaviness of "Palaeocene" is not as interesting , makes me think more of Meshuggah. back off on "Eocene" and allow for more melody on the mellower prog  side. The four minute instrumental after this feels like an extension of the previous song. I like the smoother flow of "Miocene". The vocals when not in hypnotic robo mode feel like the weak point . They split the difference with them on this song. It feels like it is less about the singers voice per se and the choices he is given in where to put it as it works well on "Pleistocene". The heavier build is pretty effective even if it is not the most original turn to heavy.

They return to more Katatonia like vibes on the last song. There are things that switch it up like a cello and the futuristic sound they have that sets them apart from Katatonia. Are they better song writers than Katatonia? No. They are neck and neck as musicians , though Katatonia never cuts loose and gets this wild and wandering in their arrangements , though I feel they could if they wanted to. I will give these guys a 9. I am not sure how many more listens this album will get from me but have enjoyed the ones I had . One of the years better progressive metal releases , as they remember they are writing songs and most of the time the vocals are important.

Email ThisBlogThis!Share to TwitterShare to FacebookShare to Pinterest
Labels: 9, germany, prog, the Ocean