November is Doom - Molasses : "Through the Hollow" 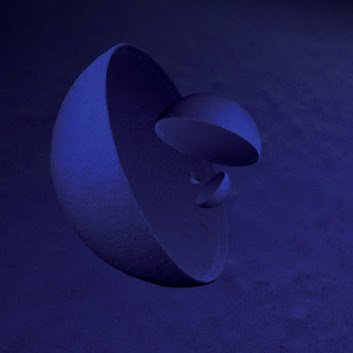 This is in some ways a reunion of the Devils Blood , but with out Farida's brother, who would have been next to her the most crucial member of that band. There is less of a retro feel to their sound. It is more progressive and less jammy. She still has the pipes. Her bluesy alto lends it self to that 70s feel, but they are doing a good job on the first song of not getting tied into nostalgia. The are like their former band in the sense they do not give a fuck and will kick things off with an 11 minute song if they feel like it.  When I said less jammy I did not mean not jammy at all, as they do go into that direction by the 3rd songs, but it is pretty awesome when they do so I am fine with that . If you are going to jam then you got to bring the groove, and they do.

I do also like the darkness that infuses " Get Out From Under". I am not saying it's darker than the Devil's Blood as the darkness here is not as sinister perhaps leaning more in the Shocking Blue direction. Despite not going anywhere I like the Swans like drone to "Corpse of Mind" . We are back to a more occult rock groove on " the Maze of Stagnant Time" . The title sounds like a Dungeons and Dragons module. Much the Devils' Blood this band is not metal but influenced by it. There is a smooth and darker groove to "I am No Longer" . It is also the song that comes closest to their doom influenced roots. Yeah I suppose you can say both these guys and the Devil's Blood are proto doom. Truth be told both bands are closer than Pentagram.

They even go further with groove on " Death is" . The bass player is working over time. This is not what you would expect even after making it midway into the album. This is how prog should sound. 'Tunnel" is more of an instrumental interlude than an actual song. They end the album with the ten minute 'the Devil Lives" . Good to go out on a positive note. They lyrics are great. There is more of a rock swagger. I will give this album a 9.5 . Not something I am going to listen to everyday, as it is often a lot to ingest, but I more than enjoyed what I have heard after given this album many listens. Was released on Season of Mist.