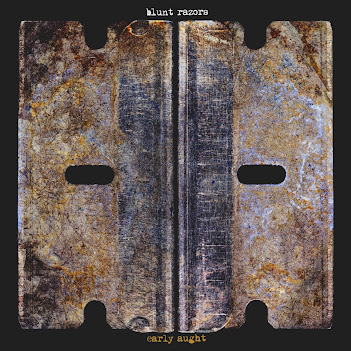 I have been a fan of Planes Mistaken For Stars since the late 90s. This project feature the tow main songwriters from that band, Gared and Neil.  This embraces the emo side of what Planes Mistaken For Stars did , so I am over the moon about it as the first album had more of that Sunny Day Real Estate side to it . I remember the first time I saw them it was all punk and none of the softer touch. His voice still has the rasp to it but tempered with a more introspective side. Musically they kind of drift closer to slow core.  The arrangements are more minimal and stripped down or this might be shoe gaze. Too rock for folk. It does not neatly fall into any sub genre.

If the National was more depressed and soaked in whiskey the results might be similar. Things slow down further into a more minimalist lingering for "Around You" . lyrically this is as depressing as anything you might have wanted from their previous band. This song doesn't grab me as firmly as the first three as it drifts with out going any where. "Amber Waves" is more sonic in the layers of atmosphere. Vocally he remains at the subdued pleading as if the emotional put into each word has alreayd made him break down and he is trying to sing despite this.

He puts more into singing when they cover Kate Bush's "Under Ice". Granted he still singing it in his style and their version is not as dramatic as Kate Bush's., not that he has a voice that comes close to Kate's , but I have always him for what he does so it is cool to hear two of my favorites singings converging in this manner.  I will give this one a 9.5 , due to the kind of droning minimal nature of what they are doing the Kate Bush cover helped with this score for sure. If you like Planes Mistaken For Stars this is a more dialed back version but still worth your time.