November is Doom -All Them Witches : "Nothing as the Ideal" 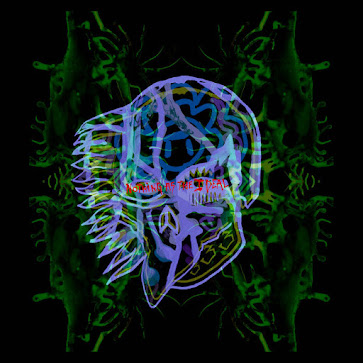 For a band who has a tendency to play the more mainstream festival circuits, these guys are heavy than you might expect. The vocals are very laid back. The guitars are the most aggressive aspect. The song is well written and I like the vibe they are giving off at least on the opening track. The chug of guitars remains tense for "Enemy of My Enemy" . The vocal remain coolly dead pan in their baritone delivery. I say delivery as it is not quiet a croon. Just like the fact the vocals are not that aggressive finds their sound teetering on the brink of what I call metal . There is a jazz like guitar interlude called "Everest" that for the purpose of this review I  am not counting as a song.

"See You Next Fall" working off a more brooding groove that broods like a song might if it was written by some one who spent a fair amount of time worshipping their bong. On cool thing about this band is they are not pre occupied with emulating some retro sound. This album sounds very modern in it's pristine production. The guitar tones are pretty unreal.  They go in a more subdued blues direction on "the Children of the Coyote Woman". It is well done for what it is , I am more into the odd juxtaposition of sounds they employ on the very dynamic "41".It takes his smooth almost folkish singing and sets it gets a darker harder edged sound ready to explode/.

"Lights Out" is the heaviest song so far. I like how his vocal style does not back down from what he does in the face off the music shifting beneath him to such a furious storm cloud. The like their chugs. It falls some where between upbeat Sabbath and proto thrash. The last song really changes gears. It is more like trippy folk music at first. The melodies are not the catchiest on the album, the song works at a fairly minimalist strum that slowly builds . The song drifts off into atmosphere. Then when it comes back in for the last three minutes it sounds like a totally different song. I will give this album a 9.5 , it is really well done and sounds great . It's a fun rock album and I imagine it sounds great high.

Nothing as the Ideal by All Them Witches

Email ThisBlogThis!Share to TwitterShare to FacebookShare to Pinterest
Labels: 9.5, All Them Witches, stoner rock