Liturgy : "ORIGIN OF THE ALIMONIES" 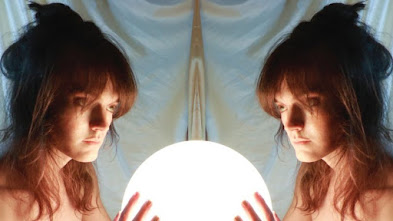 The band's fifth album is supposed to be an opera. With all the pretension surrounding Hunter, this should come as no surprise. He wanted to rap, he wanted to make black metal, not he wants to try opera, you can't fault a guy for trying. They do have an 8 piece chamber orchestra along for the ride with this album. The more familiar black metal elements do come crashing in at the end of the opening instrumental. "Lonely OIOION" is the first single and also a return to black metal. It is interspersed with the more symphonic elements, but symphonic think of more modern composures like John Adams, whose "Transmigration of Souls" comes to mind.
This album is more symphonic than I expected even coming in with no expectations. It is like newer more Avant garde classical music though "the Fall of SIHEYMN" reminds me of "Sketches of Spain ' era Miles Davis. It has a piercing drone , almost like something from a horror movie.  It is dark but not in the obvious manner of sonic darkness. But do I like it as a Liturgy song, I am undecided. It did not really evolve in the way I would have hoped . When jazz is coupled with the snarl of the vocals on "Siheymn's Lament" . This might be the best song on the album. Then comes the 14 minute "Apparition of the Eternal Church" . The black metal doesn't come blasting in until the three minute mark and the drone that started the song retains the undercurrent . Like most of their other stuff  when they are firing on all cylinders it is pretty sonically intense , which makes them one of my favorite American black metal bands. The chug this swells into at the 12 minute mark is very impressive.
The last song " the Armistice" takes many of the varied elements new and the more familiar one and wraps it up in a very shirt piece. The vocals sit back and are more of a texture. I will give this album a 9, it is not my favorite album by these guys, in fact I preferred the Ark Work over this. but they did what Hunter set out to accomplish and I like how it returns in many ways to the old black metal sound. There is not chanted rap parts. It sums up what this band is about while adding a more expansive dimension in the more classical moments of the compositions.
Posted by Wilcifer at 7:53 PM