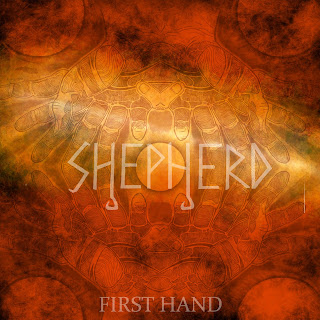 This month it is important we learn the difference between doom and sludge. Doom has to have a mournful sense of darkness to it. This album does not have that . In fact it is not all that dark at all. What it is feels like a ore modern rock slant certainly production wise to sludge. I like this opening track, the second song feels like they are falling into all the metal tropes. Though there are few sonically heavy riff, though the rule here is cool riffs alone does not a good song make. It does have more of a throbbing Deftones like bounce to it. They go into a more forceful bellow rather than the Burton C Bell like chant like singing .

This album does remind me of what it might be like if Will Haven smoked a ton of weed and became a Fear Factory cover band , but without any keyboards. The drumming is more Deftones as their is not much in the way of double bass/. The sonic quality of the second songs does begin to grow on me after the 3rd listen . "Wendigo" picks up the pace and the song gets muddy. There is nothing that worked in the first two songs being implemented here. Even as an instrumental  "Vestigial" is a much better song as it has more melody and room to breathe, working of a slower more angular riffs that rings out well. "Persephone' works even better., The vocals have more purpose and the riff is aggressive yet has a nice hook to it.

"the West" which closes the album is not as memorable as the first song. There are a few hooks here and there, but the over all flow is not as present. It does break down into a more melodic section that helps with the sense of dynamics, but it doesn't catch me as much. I will give this album an 8.5, the listens I got from this were enjoyable. I would not say it's an upbeat album , but it is not dark enough to become part of my normal listening.