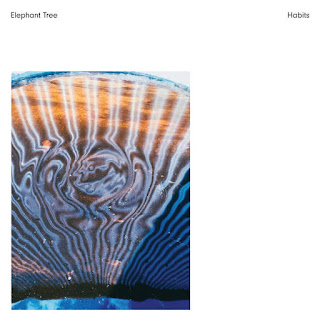 I  said we were going to touch on doom adjacent sub genres and this album does just that . I like the vocals on the opening song that remind me of some of the more trippy rock bands from the 90s. It blends Catherine Wheel like gazey rock  sludge fuzz. There is also a tinge of grunge to this. Great guitar tones . Aside from a marginal variation in the tone of the groove the second song is almost too much like the first . Thing switch it  up for a harder more grunge like mood for "Exit the Soul" this song build by the end into the first very doom centered riff. Even then it is a more powerful lumber than something filled with despair.

'the Fall Chorus' is an odd hippy inter lude. I can also hear the folk influence on the vocals in the song that follows before it builds into a more rock dynamic that has more in common with a band like A Perfect Circle. I like their playing here and how the drummer serves the song. The song drops down to a lower more brooding middle section that is even closer to a Tool vibe I really had to turn up the volume as it dropped the dynamic down so low. This album has to be played loud to be effective.  "Wasted" is more hard rock, and has elements that fans of doom , like the almost Sabbath like bass solo will enjoy. It is however not the most hooky of their songs.

There is a glaze of doomed lethargy that glides over the more lazy flow of the last song "Broken Nails" I appreciate the atmosphere and like how well the song moves in the clod of it's groove until  being slowly hammered into place by the punches that ring out. If you grew up in the 90s you are going to love this album. I will give it a 9. Very solid and deserves more listens. It makes sense these guys are British I suppose, as they maintain their clam even when getting heavy.