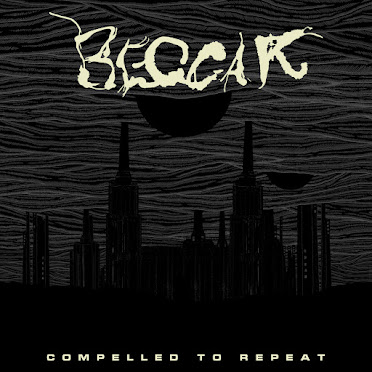 Found this album going through some of the song of the year choices . The title track was listed and it was pretty great as these guys are very heavy but still have hooky riffs and grooves . They are also sludge that borders on more Sabbath like riffs in the moody way they lurch about. The vocals are varied sometimes in more of a guttural death metal register. Their drummer is a mean fucking machine. That can be heard on the thirds song for sure. "Black Cloud " ambles on with a solid groove, It is an enjoyable listen  but not one that really breaks any new ground. There is a more explosive contrast on the song that follows .They blend melodic rock guitar passages with their swampy take on sludge. It is very swampy considering these guys are from London, so perhaps it is bog metal.

I think the more melodic opportunities this album takes the more chances their are for them to solidify their own sound and go where bands have not gone previous. It is easy for heavy bands to play it safe by just bulldozing you, venturing out of the metal box is where both risk and growth lie. "Tenantless Graves" is more death metal than not so does not take risks in that regard. After this song they slow down to a more deliberate pace with less double bass . It almost has a rock groove to it. This makes it one of the albums better songs as it blends many of the elements that have caught our ear up to this point.

The title track that ends the albums finds the vocals almost being sung , certainly not as harsh and working with the angular groove of the song. There are many uniform elements in play here, but their sense of groove and the excellent drumming keeps the song in play . I will give this album a 9, it is very filthy sludge with groove to it able to hold it's own in the songwriting department.