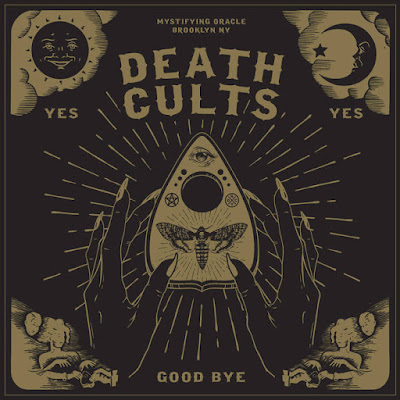 Almost half way through the year and it doesn't seem like I have come across much punk this year. So I went on the search for it. When it comes to punk I do not like pop punk, but still want melody. The first song gives me that , It is not the most aggressive punk owing a great deal to 90s indie rock. I an hear touches on Fugazi on the second . The pace also picks up on this one. They back off again and continue to pay homage to Fugazi on "Normalized". The biggest way this is conveyed is in how the vocals are emoted. "Get Off My Lawn" is even more up[tempo which should fit most expectations for better or for worse when it comes to punk.

By the time we get to "Burn to Shine" I am only half listening and have to go back and give it another chance as it begins to blast by me in the way most punk albums will. Even then they never really revert to just 1, 2, 3, go punk. They are more rock n roll than Fugazi, but I can not unhear the Fugazi influence once it strikes me. Some of the more rock n roll sound comes from the guitars play a more traditional role than they do with Fugazi. This is due to the fact that the emphasis is different with Fugazi , because their drummer and bass player are so fucking good. The drummer and bassist of this band are good , but not Fugazi good.

The last song is a little darker mood wise. The vocals shift to a more dead pan sung style that I like better. I will give this album a  7.5, so it's pretty good nto just something I would find myself listening to a great deal, because well I own all the Fugazi albums and do not feel this band adds enough to the equation to sweeten the deal. However , if you like 90s punk and want something with more of a rock edge then this album is certainly worth your time.