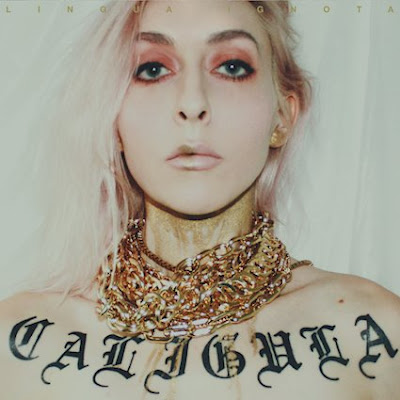 You might have heard Kristen Hayter on albums by the Body or Full of Hell. I can tell you right now I am going to be a hard sell on this because not only to I own albums by Jarboe, but I also own albums by Diamanda Galas. So freaking out and screaming is nothing new. The choral piece she opens with  works , though it makes me think if St Vincent formed a multi tracked choir the results might be similar. She gets into the darker Diamanda Galas side of what she does n the second song. The screaming freak out she has will appeal to fans of the body. But Diamanda Galas did it 25 years ago already.It gets noisy and doesn't even form a song. For all the musical training she has had, she some of the layers of vocals are not in key. This makes the harmonies feel awkward. 4 minutes into "Butcher of the World " we get actual music. When she focuses on making music rather than noise it's interesting. Though this is going to be one of those album's like the Body where the noise is obnoxious and I have to  stomach through it. Though her voice is no where near as annoying as the guy from the Body.

She has great song titles and ballsy lyrics, so I appreciate some of her ideas. Execution is another thing. The synths when they shown up are purposefully over driven from the mix. I think some of the dynamics could have been more effective if not run through the filter of noise. She is working with "noise artists" on this album so it's all intentional. In 1987 there was an artist who made a stir  New York art galleries with s a piece call the "Piss Christ" where the artist took a crucifix and submersed it in a jar of his piss. This is the musical equivalent of that. She can put some power behind her voice, and might really be able to use it, but it is squandered on these minimalist jaunts that are pissed on by noise. Thing do get darker for "If the Poison Won't Take You My dogs Will". I think when the screaming comes in on this song it is more effective. So I am not opposed to it. I just want it to be well done.

There more of a dirge like feel to "Days of Tears and Mourning" the screamed chaos of the more black metal vocals work within reason here.  "Sorrow Sorrow Sorrow" is a piano piece that is rather sedate. "Spite Alone Holds Me Aloft" falls into the same self destructive pattern that other songs have in regards to the souring of dynamics in order to create noise."Fucking Death Dealer" is almost a baroque folk song. There is no noise, just a song, it works, imagine that. There is some noise at the edges of the discordant sorrowful "I am the Beast". Her vocal runs are a little Diamanda, but that is ok. When this songs builds up into heavier chaos it is done in a way that makes more sense. There are some good songs and good sounds on this album. It is not all obnoxiously jarring, but 40 percent of it is so I will give this album a 6. It comes out July 19th on Profound Lore.