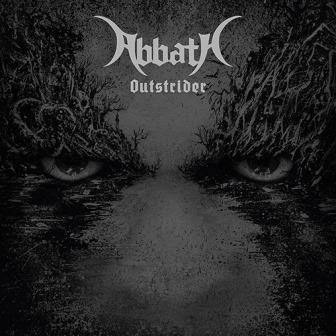 The main man behind Immortal is back with his second solo album.It is more melodic this time around, there is a more melodic classic metal tone. Clean guitar starts off the song and it gains speed from their. Yes there are blast beats and Abbath croaking, but it feels less black metal and more like epic metal from the late 80s. Not punk influenced like thrash though. I thin some of it is he paid attention to song writing and did not just throw heaviness at you. 'Bridge of Spasms' is more full speed ahead and comes closer to thrash. It races more than it throb so feels less like black metal to me. I am ok with the speed here, but if this was the album's default it would bore me. His raspy vocals do seem more aggressive this time around.

"Artifex" also works off a great deal of speed. So the album begins to take on a Motorhead feel int hat regard. The vocals run along side the flash of razor sharp guitars.This is the third song so speed alone has not worn me down yet. It slows into a gallop for the guitar solo.  "Harvest Pyre" is the first song with a riff that hooks me in. It is still driving , just more deliberate than the first three songs. Brief melodic guitar before blasting back into " Land of Khem " though to his credit there is more groove until the guitar solos . For the title track they are able to show more restraint and the clean guitar is allowed to linger longer.They stay at a steady gallop, even slowing into a more half time riff. They speed things back up with a steady diet of double bass on "Scythewinder". This one is too straight forward for me. Things do converge to a big chugged riff, but cool riffs alone do not a good song make.

"Hecate" pours on more blast beats as the song storms on more like Swedish black metal. They close the album with a cover of Bathory's "Pace till Death". They speed it up and the guitar tone is not as dense as Bathory's. Personally I find Bathory over rated, but clearly having an influence on modern day black metal. This album is well recorded, as it should be. It is a little too straight forward and I think I prefer the previous album. I will round this down to an 8 as it relies on speed far to much. I get a few songs of what I want, but it gives you whiplash as an entire album. I am more likely to just dig up my Immortal albums when I am in the mood for this sort of thing. When it comes to true Norwegian black metal I am not sure if this holds fast enough to what black metal is about.