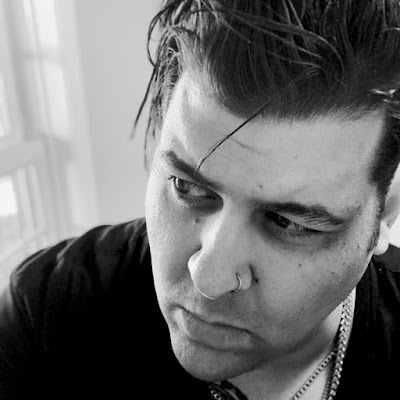 This project is a regular at this blog. How black metal it is varies greatly, but we keep reviewing the albums because they do not play it safe. The opener has more in common with hard core than black metal. This  once again the one man band that is Damian Master. There  are not surprisingly more melodic sounds worked into this. metallic attack to the title track. There is more of a thrash influence in play here. Unlike the first song by the 3rd it feels like he is losing the left of center edge that sets this project apart from other metal bands. To his credit though , it feels like this is an actual band playing these songs live in a room. "I am the Man of Your Dreams" regains some of that left of center edge by using an acoustic guitar leading into it.

What keeps this more in a traditional metal or hardcore side of things is the fact these songs are not all that dark, which is a quality black metal needs. The song writing is more mature so this is a good metal album, but not the best A Pregnant Light album since the elements I feel help to define this project are not in play.  Some of these riffs feel more like Slayer, Exodus or Hatebreed. If you are a fan of those band's and this is your first time hearing this project, then it might be right up your alley. By "Future Panther" it begins to more me more than this guy's albums should.  Yes, there are some cool riffs. The rule however is "cool riffs alone does not a good song make" ."Purple Light' solves this problems as it is well written , is darker and has more sonic layers. Everything I could want even with the more straight forward direction of this album.

If this was your average metal band then the melodic leaning of "L.I.G.HT" might seem like very clever writing . I know what Damian Master's is capable and while this is not bad, it is playing in safe defined sonic realms for him. Maybe you are a fan of this project and you have always wanted him to just crank out some straight up metal. If this is the case you will be pleased and go ahead and round this score up to a 9, I am giving it an 8.5.