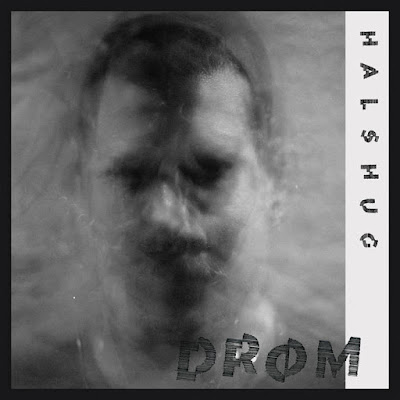 Halshug is keeping things punk as fuck. That doesn't mean this album has to sound bad. The guitars are dialed in. The vocal are the typical yelled still with a little bit of rasp to them. They are from the Black Flag school of punk. There is an ominous under current to the tension of the verses to the second song. These guys are pretty decent song writers when it comes to punk. There is some hook to the guitars. I am not sure why Denmark keeps nailing the punk but they must have a great scene there. "Fantasi" is more your average punk that rips by without me really taking much notice even after the second listen. They do get my attention again with the more deliberate riff to the song that follows. It has more of a stomp to it.

There is a weird noise interlude that I am not even going to count for the purpose of this review. After this they come back snarling , though it sounds more like your average punk until they throw in a saxophone, which in turn causes it to sound more like the Stooges' "Funhouse" album. "Ingen Kontrol" also falls into the same rut of being closer to your average punk, thus taking away the more original edge this album's thoughtful moments have. They are not going out on a limb like Iceage, but it is the little things like the spoken vocals layering the shouted ones that give enough of a twist to things to keep them from sounding like every one else. There is also atmospheric weirdness toward the end of the song. It expands their sonic scope, but I feel like this could have been worked in to an even greater extent.

They accomplish this blending of atmosphere and punk to a more effective end on the last song "Illusion". It is a more central focus to the song and not just window dressing tagged onto it. The actual main riff to the song sounds like it was used earlier in the album. I will give this album an 8 because even the small experiements they use are certainly more than what most punk bands do and the parts that were too straight forward for me , well that is why I do not listen to more punk as it can all sound the same, These guys do enough to make a difference.