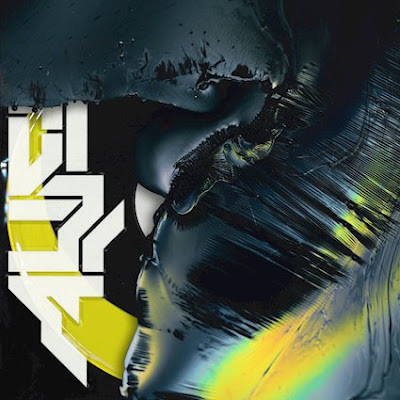 This band from Australia plays a version of  metal core with electronic elements that are blended in a pretty interesting manner as they morph with the drum kit. The vocal are screamed for this song.The guitar  has traces of djenty Meshuggah worship in the tone and the way it thumps. The second has melodic sung vocals on the verse and then the screamed vocals join in for the build up. The electronic atmosphere is still haunting this song though not as prevalent. on the 3rd song there is a Linkin Park element that I am kinda tuning out and the novelty of what they do is beginning to wear thin. "Talking Heads" doesn't do much original until it comes to the chorus with the sung vocals, but this is not far from a great deal of the Myspace metal. "Freefall" has an interesting riff, before breaking down in the sung vocal and the bass player takes over.

I space out and check back in on "Eclipse". An album has to hold my attention for me to consider it good. This one has it's moments. "Rift" is a more ballad like electronic song . It does has some movement and the synths on this one actually are what gives it an edge, which is a twist on their normal formula. They are not afraid to experiment which is one of their better qualities. You can not say all the songs sound the same. It is however an example of how experimental doesn't always mean original.  I had to give "Paradigm" another listen. There are poppy elements that build into their more crunchy screaming metal. In ways these guys remind me of a heavier version of 30 Seconds to Mars. Much like that band, how good they are varies from song to song. "Vultures" find them getting heavy in a more djenty way. Heavy does not always mean better. I think when they get heavy they have a tendency to lose sight of their more unique qualities.

"Sleepless" works off of their more ballad like pop qualities with little bursts of their more aggressive side. I will give this album a 7. If you are already a fan of this band, then this kind of super slick and produced chunky pop metal is your thing. I think it might not be the thing for the bulk of the readers here who tend to lean more in the doom or black metal direction. But if you like mainstream metal it is certainly worth a listen as it is well done. What is being done well is just not the kind of music I am into.