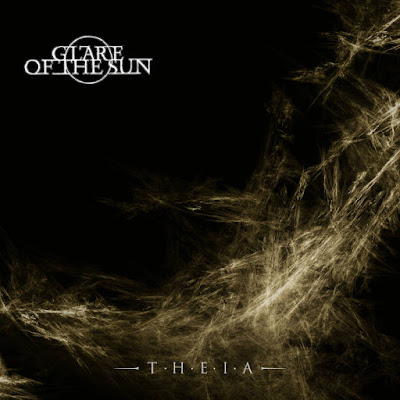 This band out of Austria offers a more dramatic and progressive take on death doom. Progressive in the sense they are not using the same tired formula. This is on the more well produced European spectrum of death metal. So if you are looking for something more dense and dirty this is not it. That is not to say they do not have grit as they do. They have strummed clean guitar and sung vocals to help break up things as early as the first actual song.The third song grows more atmospheric as well as darker. It indulges their doom side. It flows well and has dynamics. They continue to grow more melodic as the song that follows has a feel of mid-period Katatonia. The mood and tempo are still down trodden.

Even when the vocals get more throaty they hang onto their most melodic styling. The guitar is sluggish thought the drums take on a more mid paced drive before the distortion cranks to life. It reminds me of a slower version of Enslaved at times. They continue to use the low breathy spoke word vocal for the darker more melodic calms before the storm. When the sung vocals do come in they are well done and not overstated. They are varied sometimes coming in as a resonate baritone. The drummer doesn't over play either , which is weird considering their death metal leanings. His playing is very nuanced. About seven songs in things begin to run together for me. The album's third act does find it falling into more of a formula .

Despite having a strong start then losing steam before getting to the finish line. I think it succeeds more often than not and I like the risks they take to distance themselves from the pack. Perhaps they are not as good as say Nailed to Obscurity, but this album is well produced and sounds good . I will give it a 8.5, though I won't get much further play from it. If you are a fan of melancholy death doom heavy on melody, then this is worth your time. .
7.9/ 9
Posted by Wilcifer at 10:47 PM