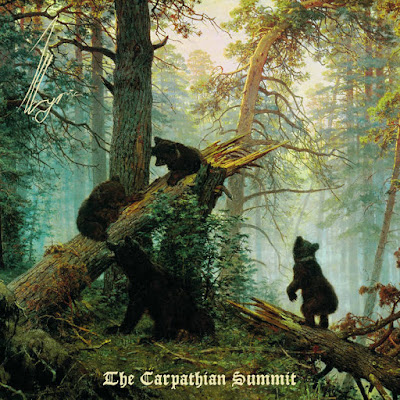 If you blended Deafheaven with Between the Buried and me the results would be similar to this band. Less post rock and more metallic than Deafheaven for sure. The guitars drone less and create more intricate patterns . The sung vocals are more Myspace metal. Emo without being whiny. If you think these guys are black metal, then you must not know anything about black metal. First and foremost they are not very dark. They are interesting in some of the groove they create. They car about their songs. More influenced by hard core than black metal for sure. Things get much more melodic going into "Autumn Fades Away" which is almost a ballad. Four minutes in and they come closer to black metal than they have thus far.

"Echo 2" confirms my hard core suspicions. Musically they are more adventurous than your average hard core band. There is touch of math rock in their progressive leanings. 'the Second Day of Spring" blew right past me. It has more of a post rock indie rock clean jangle. In the final minute the song does build up much like the one before it, so a formula is in place despite their more progressive side. "Swansong" remains interesting even with the Deafheavn vocals. The song after this decides why stop with a goof thing and sounds like "Swansong" did not end . That is until the blat beats , which are no more black metal than Deafheaven's most recent album, which is none. The title track is a 13 minute power ballad that is one of the album's most progressive songs. The screaming does come in midway through. The bass player really proves their chops on this one.

"the Final Bastion" is a more straight forward stab at what they do that leans more into the metal side. The last song finds them delving deeper into their emo side. The bass player provides a often jazzy bass line. When the harsh vocals come in they are lower and more death metal which is a welcome change. I will give this album an 8.5. It runs the gambit from post-metal, to emo to progressive , if you like Myspace era bands but also like Deafheaven then this is for you. It is not something I Would lidten to on a regular basis, but i can not deny how well done this is, so I will give it an 8.5
8.5
Posted by Wilcifer at 7:04 AM