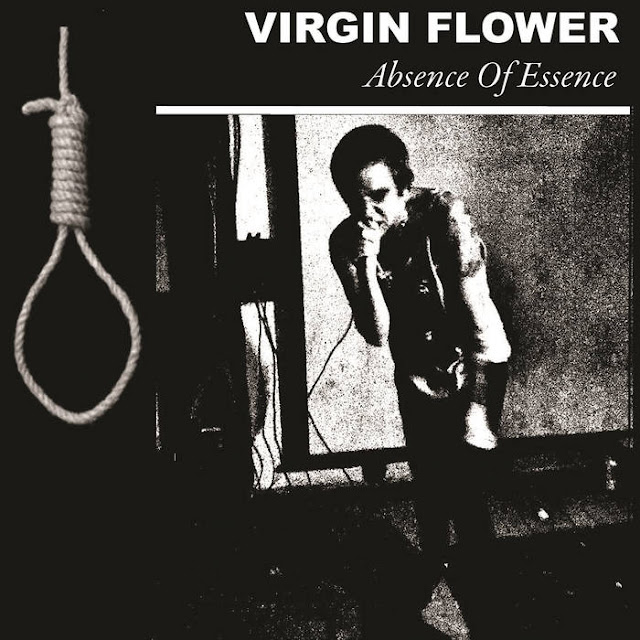 When I hear something is dark wave meets industrial might hopes are raised. That is the kind of thing we live for here. The truth of what this project from Jacksonville is however is far from  that description. The slowed synth murk with distorted vocals opens the album has more in common with the Butthole Surfers than dark wave. "Forever Animal" is a dense swamp of noise before the "chorus" comes, which the chanted title of the song. "Right Way Home" returns to more a Butthole Surfer's vibe , but I suppose if these guys are in their 20s it is likely it's coming from more of a Pop 1280 place. There is a more oppressive crunch to 'Give Me Fire" that comes to close to industrial, it's just very brief and is over before  it has a chance to turn into an actual song. "Sculpture" is similar in the fact it's under two minutes and doesn't really get to evolve. This is something the entire album struggles with. It feels like a collection of good ideas that if they are allowed to grow and progress into more dynamic passages might be good songs.

Really the first thing after "Right Way Home" that is really a real song is "Bad Things" that closes the album. At over six minutes it starts off as noise before morphing into a droning synth riff with the vocals muttering over it like a cyborg Tom Waits. Not really the vocal approach of a dark wave or industrial band. This has more in common with noise rock of the 90s , even the Melvins if the guitars were replaced with cheap synths. I'll give this one a 5.5. I like the dark and depraved trailer park vibe this gives off. If this was given the time to be perfected then this could be something. I understand part of the underground indie noise punk demographic this sort of thing has an audience for might find writing actual songs to be a bit pretense. This is music and even bands like Kraftwerk and Devo took the time to write songs and didn't rush to put out something on the Internet so they could say they were on a label when they went out to shows on the weekends. Of course social media did not exist and Bandcamp was a gleam in a programmer eye, so you had to got through a label that weeded stuff like this out and told them to come back when it is finished since they would have to invest in pressing it. Dead Tank will do this on a limited basis, sure this will get a hundred copies pressed, its more of a demo than an actual album.