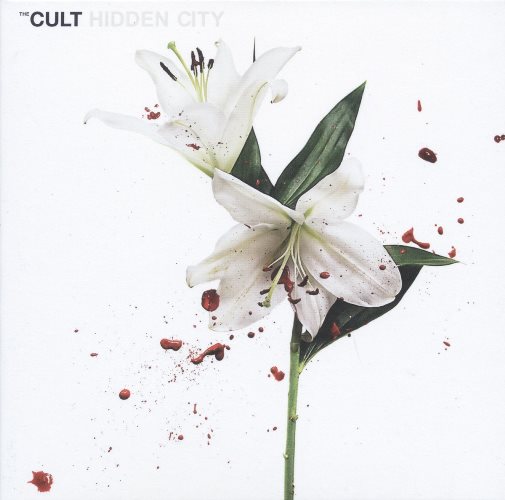 We are taking a break from this month's regularly scheduled program to give this rather iconic band a listen. What I like about the Cult is they meet at the cross roads between L.A. cock rock and post-punk.Ian Astbury has made it a point of saying the Cult is not a legacy act. It's true they are not just re-hashing what you know from them. Duffy's guitar sound has evolved. I had to listen to the first three songs a few times to really soak in where they are at. For an opener "Dark Energy" is a little of the road and if you came here looking for them to rock the fuck out you might have to wait to catch them live.  Finds the band looking for their place in the current musical landscape.Not new ground for them as they have managed to find a niche for themselves and transition from hair metal to grunge years.But neither grunge exists in a relevant way today, and a song like "No Love Lost" shows hints of that displacement.  The verse breaks down to almost a power ballad level , with the chorus picking up into something that would not have sounded out of place on a Stone Temple Pilots album. Ian's voice settle into a croon rather than going for the more powerhouse bellow that propelled the more rocking moment of the "Sonic Temple " album. Billy Duffy who actually helped form the Smiths, continues to explore interesting guitar tones even on the more straight ahead rock songs like "Dance the Night"

The first moment that really grabs me is the song "In Blood". The band takes the darker turn that I think is a wise move for them. They maintain a slinking momentum as the lyrics take on more of a murder ballad tone. I'm ok with them dialing back the arena rock if that is what makes the most sense as it seems the more mid-paced songs that don't try quite hard give Astbury the room he needs to croon. The begin to dig into deeper grooves on "Hinterland" that might be alternative by definition, but at it's dark heart, its just a well written song.Lyrically Ian drops several occult references through out the album, but on this song they are particularly telling.They take a step back into a more crowd pleasing bag of tricks on "Goat".  It's blues rock that shows the wrinkles in their veneer suggesting the are beasts from a different age.

They really work best when in the more shadowy side of the Sunset Strip styled rock. The pulse to "Deeply Ordered Chaos" is one of the albums best moments. If they aren't going to sell me sanctuary then this is what I want from these guys. While they are no strangers to the style of rock they indulge themselves in on "Avalanche of Light" it doesn't play as strongly to their current strengths as a band, if it was a b-side off "Sonic Temple" then it might have worked better, but "Sonic Temple" was the band at their peak you say, ....yes that was 1989, this is now. "Lillies" finds the band in ballad country. They do this with a grace that might have influenced Stone Temple Pilots. Astbury does seems to waver in the upper register, I noticed it earlier, but it becomes most apparent here. It doesn't hinder "Heathans" , though my only complaint against the song is the band tends to go for a more middle of the road rock sound rather than putting the fire to the woman.

They close the album with the ballad "Sound and Fury' which could have been on Nick Cave's last album. But this song would work better for me if it was Nick Cave. Astbury is 53, so his voice is holding up pretty well and when he is in the croon is fits best, not sure the last time he really sang balls out. I'll give this one a 9 as they are faring much better than many of their peers and the album has some really strong moments, for me it's a little weird because I haven't pain much attention to post- "Sonic Temple" output so this is a bigger leap for me than most of their fans I'm sure.