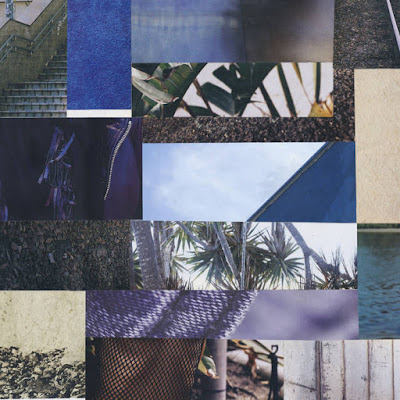 Damian Master is highly regarded and a talented guy, but often his music is hit or miss with me. I do make it a point to check out whatever he does , because when he hits it really resonates with me. Aksumite is less of a solo project than A Pregnant Light. It's his four full length with this project, which proves to have a rawer old school black metal feel and when I say old school that take it all the way back to Celtic Frost / Mercyful Fate style metal on "Double Mask". The opener has a thick gnarly bass tone that hits more like Motorhead so to punk tinged black n Roll. The punk thing even haunts "Double Mask" with a more Samhain like current running through it. While it is raw and some what lo-fi in it's production, the sound works for what is going on here. Even when they kick into the more cross over punk style of black metal that finds the vocals sounding more like a spooky version of the Cro-mags, it is dark thanks to the cavernous production.

Even with the lack of blast beats there is a black metal feel to the murky droning "A Void, Love" . the vocals are a lower death metal growl, even though the music is more melodic and almost post-hardcore shoe gaze. The middle section finds things getting much darker as the song drifts into a floating abyss. The blast beats surface and are disappointingly sloppy, which mars and otherwise perfect song. "Animal Magnetism" is more of a punk song. The vocals take on a more ragged Black Flag shout. This song is under two minutes and no one is doubting its punk credentials. "The Bitch Jewel" is more metal, but the punk influence isn't far behind the other wise convincing thrash chug. The might be the most metal album Master's has released. Sure if is punk enough around the edges to add some irony to the more horn throwing moments, but the darkness feels serious to me. When this is given more deliberation on "Pale Pink Crocodile" , which is one of the albums strongest songs despite the odd lyrics and clunky blast beats. I'll go ahead and round this up to a 9. The emotional oppressive atmosphere feels real, even if there are no occult connections to this music and this is just some hipster punk metal ironic metal albums. It sounds good there is enough of the more classic metal sounds coupled with the too cool for school cross overs into punk. Here Masters hits the bulk of the time and while I have paid more attention to A Pregnant Light than this project, I now see the error in my ways. Eve i you are the kind who won't settle for anything less than a blaze in your northern sky, this album is still legit enought in it's little black heat to be troo for you.