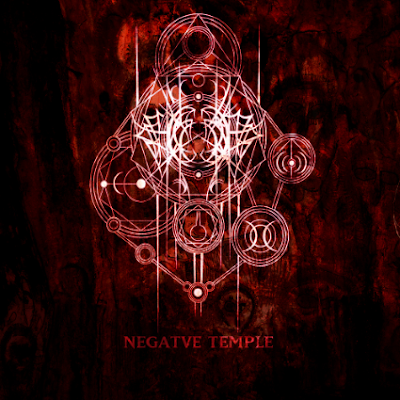 Noise has a place in black metal. Atmospheric dissonance can be an effective tool in any musical arsenal, but as the saying goes when your only tool is a hammer all your problems look like nails. The title track is nothing blackened what so every and the sound of a street sweeper cleaning up after then apocalypse. There is a lot of radiation crackling, but not much in the way of actual music. I waited around for some music, but none showed up. That changes on the second song that is an industrial like blast beat, with distortion scraped loudly over the notes until it swallows it whole. It eventually becomes hard to tell where the noise ends and the music begins. The more black metal part of the song is allowed to surface and it is the rawer more punk like form of the genre. In the final minutes there is more of a hint that this might have been an actual song, but the feedback buzz coating everything, makes me not really care as much as I should. "Purity of Oblivion" is also more of a black metal affair, but rather than going for a raw lo-fi sound which is the by-product of using a more primitive style of recording it sounds like the noise was added to make this sound worse on purpose. Sure it's fast and maybe with all of this stripped down to just the instruments and voice it still might be something, but something tells me the smoke and mirrors are here for a reason.

"The Tears of Joy..." is a dark meditative piece of ambiance that buzzes to life just before the mid way point. The sheer noise of "You are Not Bliss , You are Not  Free" contains zero nutritional value for those hungering for new music , since it is performance art put to record , not  an actual song. "Clarity and Non vision" is a blast fest that is not as mired down in radiated noise. The vocals sound like a demon screaming into a baby monitor as loud as it can do distort it. Their is an unbridled chaos, that might hold more merit than the sheer novelty, but it's mixed in such a way that makes it hard to decipher and this song is one of the more conventionally presented.  While it's not the only thing on this album marked as a song , which is actually just an expansive interlude of noise, "Hanging of the Shaman" which closes things down, has the least amount of actual musical value and it a mass of sound effects for no real reason or purpose. There is a pitch shifted voice screaming, but screaming with out a song to scream over is jut screaming.

I'll round this down to a 3.5. Maybe there is a black metal project buried in here some where. I would not say it's buried treasure, but the rank sonic stench of a fart masked with cheap cologne .  Though the stream of it was playing in a loop , I thought it was just turning into a much longer piece than imagined , because static drenched noise sounds the same. Sure if you are a fan of noise and only like a side of black metal with it, then round it up a point or two. This isn't my thing though it has elements of that would be if handled differently.