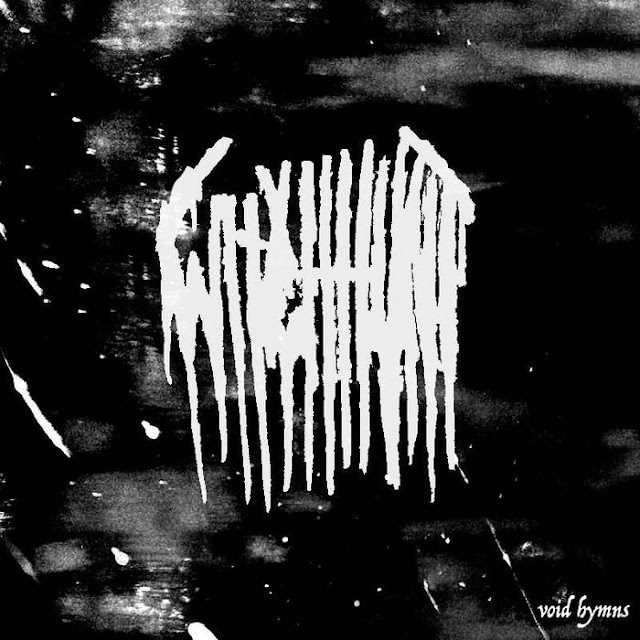 In black metal history month we have looks at  where the genre is going , but now lets consider where that is taking us. The answer to that lies in something this band from Canada is doing . I know when I hear Canada brought up my first thought  is some kind of folk- like cascadian  black metal, not this raw and ragged explosion that goes off on this ep. Black metal's influence is now sprinkled over bands of all genres and with an album like this it is almost impossible to untangle all the layers  of the varied sub-genres of metal that have been pounded into this songs. This cauldron is stirred in a manner fans of Hexis and Nails will appreciate without being a direct rip off of either of those bands.  The opening song of this Canadian blackened crust band's new ep had pretty much everything I need from this kind of extreme metal. The cool thing about these guys is all the annoying punk elements I do not like when it comes to crust have been replaced by black metal bursts. They also have the textured sonic layers more often found in black metal.


The main punk element is their composition, which keeps these songs under the three minute mark. The first hint of punk I hear is on the third song "Misery" that stomps right into a more hard core like punch. This son also lacks some of the depth the first two possess. At the mid way point it  rips into a thrashier sludge like riff. The album's longest song is the two minute and fifty five second " Vile". This finds black metal colliding with a more spastic grind core feel. This one morphs from a groove that reminds me a little of Bloodlet to a steamrolling chug. The title track that serves as the last song is really just a outro of noise  making the only complaint the need for more. I'll give this one a 9.5 as it will make the trip over to my iPod, since I could use something dark, dirty and full of fury with half of the calories being blasted into it.