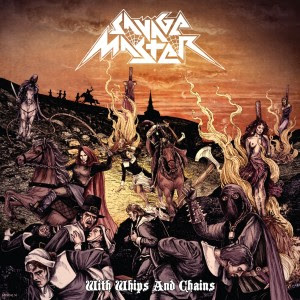 I was in the mood for some just straight up heavy metal and this does deliver it in the most galloping old school fashion you can think of. It's more thrash than power metal. The vocals might be a sticking point for some as they are exclaimed rather than sung to point of not giving much dynamic variation between the chorus and verse. Metal infused Fifty Shades of head banging that is "Whips and Chains" becomes the first song that proves what they are capable of. Their singer tries her hardest ,she just doesn't naturally posess the kind of power metal pipes need to pull this off. The hint of rasp on her vocsal chords gives her the personality to seell this where she reaches beyond her range. 'Vengence of SteeL" does remind me of the kind of thrash I liked growing up that flirted with the classic metal, yet had a heavier chug than what Judas Preist was dishing out until "Painkiller".  Their chug is familar and frequently hold enough weight to be convincing. "Looking For a Sacrafice" is fatihful to the sound at the time, but in 2016 it sounds rather middle of the road almost  more like hard rock than metal. They gang vocals help accentuate this point. 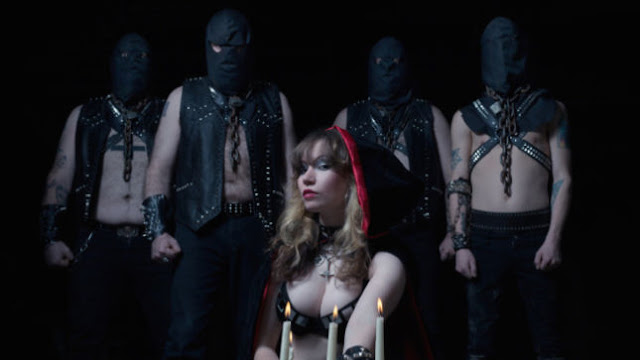 Midway into the album it gets as heavy on the filler as it does the metal. "Satan's Crown" is pretty bland, while i approve of band's singing about Satan it seems "Burned at the Stake" comes to close to the previous song. The riff are catchier and over all it's a tighter song. "Black Hooves" has plenty of old Iron Maiden to it and even some Thin Lizzy in how the guitar harmonies work and almost more rock n roll swagger before the gang vocals chime in. In some ways this band is a more rough edged version of Huntress, though they swear by Bitch. As you can the band has a Mentor's thing going on visually and vocalist Stacey Savage has plenty of press shots dressed in dominatrix leather with her band in chains, which would be a reversal of what the Mentors used to do, but hey it's 2016. They return to that place where rock and metal used to metal in the early 80's "Ready to Sin" which closes the album out. Her falsetto screams come across like Vince Neil so could use a little work. Lyrical when they are not singing about Satan or horses galloping they are filling out the Fet Life profile and are into..." boots to the back of the neck" giving/ receiving with a side of 666.

I bet these kids are a lot of fun live, that energy is conveyed well on this album. If you want some retro metal, from the days when black metal was a Venom song and odes to Satan did not always have a blast beat behind it, then this is the album you have been waiting for.I'll round this one up to a 7. It's a fun album, very straight forward too the point of not being dark enough for me personally, but meat and potatoes denim wearing metal heads who missed out on this sort of thing in its first wave will dig it.