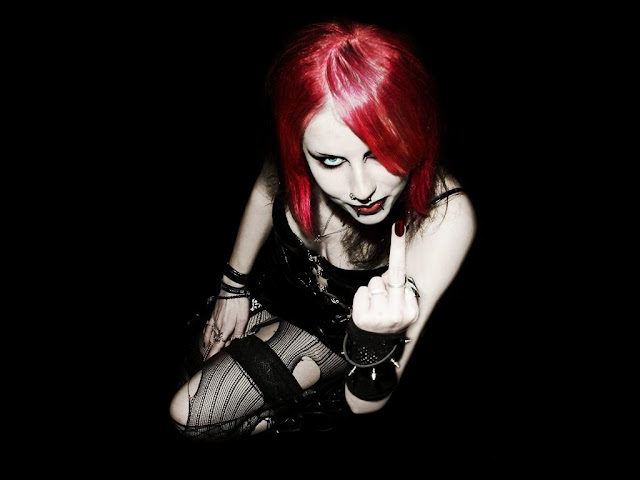 It’s another Gothtober. What does that mean ? Well it means like Black Metal History Month, I dedicate an entire month to all things dark. I will get to the what this look like, but before I do I want to get to the why it will look like it. So as a teenager, I was always too goth for the metal kids. Meaning they just wanted to smoke pot and drink beer and listen to Pantera and Carcass. I liked those bands, but they are both kinda one dimensional to me and Type O Negative was not. So we parted ways on music as I went to darker and more melodic places they were not into. The goth kids , were more about fashion. They liked some cool music. I remember being turned on Swans and Cocteau Twins by them, but they were never into metal. Industrial yes, metal no, so I was to metal for the goth kids. I didn’t dye my hair black til I was out of high school and while I wore only black looked more metal , while my heart was into darkness.

Christian Death really cemented this for me. I had been into horror movies since I was a small child. Dark castles were my favorite things. I got many of these needs met by King Diamond, when I began shifting the focus of my drugs and entered a darker time of my life , the Cure, Skinny Puppy and Joy Division began to steal the spotlight. I got “Only Theater of Pain “ in 91, but the first dark album that was not metal was in 1987 , “Darklands” by Jesus and the Mary Chain. David Bowie, Iggy Pop and the Violent Femmes were the only other non-metal bands that I listened to at the time. I was really into Alice Cooper who certainly influenced goth music , if not culture for no one was doing what he was doing at this time as Kiss was more like superheroes and certainly not killing themselves on stage, you can’t get more goth than that.


So that’s over 30 years of goth in my blood. What that means is we are going to look at the past 30 years forward. We have gone further back into the 80s before , but this year the past 30. So new artists , older albums anything creepy that celebrates Halloween, there will be some metal cross over. I think it’s safe to say an artist like Behemoth has a enough crossover appeal , after all they have covered Nine Inch Nails. But I have always been too metal for the goth kids so get ready for that as you are putting on your pout for Gothtober.
Posted by Wilcifer at 8:49 PM