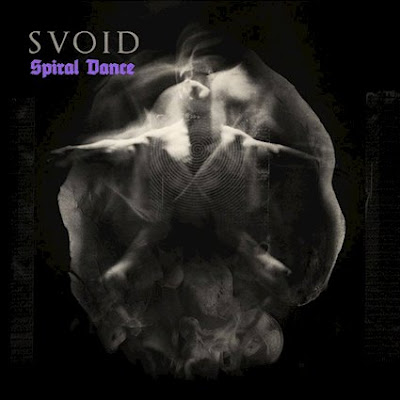 When I read that a black metal band is crossing over into black metal I am never sure what to expect. What I did not expect was how melodic and almost more indie rock this Hungarian band would get. Things get even darker on "the Very Hours". It is funny they are still wearing corpse paint for this . It's not much different than Voices or Katatonia. Though the vocals are not as strong, it's obvious the singer is still learning to transition over from screaming. Some of the notes are a little flat. But it is almost like how 90s emo singers used their passion to over compensate for lack of pipes letting their voice on notes they just didn't have. If he stayed in a more baritone range I think this guy would be alright. At least he is trying really hard .

"Long I've Gone" opens as a piano ballad. The vocals are still iffy as he continues to reach out of his range. I could use a little more rock on this and certainly more guitar might have filled it out. This feels like an Alice Cooper ballad to me. Its not terrible, but you know I have to listen to every thing with a critical ear. I like this much better than if it was blast beats. The build on this one is subtle. The vocals begin to wear on me a little here. "the Velvet Call" picks up things more. I am all for these guys making the switch over to post-punk, though I never really heard much of their black metal stuff so I'll have to go back and see what I am missing,  I think when you put these guys up against the current crop of pot-punk revival bands they fare pretty well as the song writing is there and the sense of melody is head and shoulders over bands more on the punk side. The punchy hooks going into the chorus show they really have potential.


I'll round this down to a 9, because the vocals on the ballad needed some work , but I can hear where they want to go. I think the first and last song are both the best indicators of the singer being able to pulls this off. I think everything compensates for the vocals as the guitar parts are very smartly written. If you like Voices or Katatonia and wish they leaned more into the goth side of the fence then these guys are really worth your time and I'll keep my ear out as I want to hear what they can do on a full length of this.