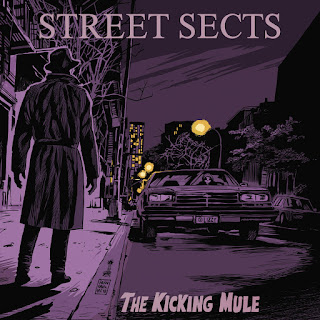 The Texas duo returns with a more aggressive effort, even when the vocals are not harshly screamed the sneering death rock like tenor spits out dirty pictures of humanity in his lyrics. They get a little more manically frantic on "Birch Meadows, 1991". The vocals remain more composed almost to the point he is singing a different song than what they recorded beneath him. This awkward juxtaposition somehow still works to some extent. Though those more chaotic moments are not the strongest when it comes to song writing. They manage to pull chaos and songwriting on "Chasing the Vig". The guitar is hard to make out from the equally jagged synths. The beats are often more angular than not, not attempting to find the kind of grooves industrial music latches onto. 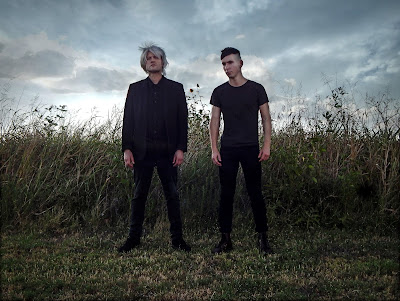 "Suicide By Cop" wins by the sheer charm of it's clever and emotive lyrics. The music works with the vocals to almost create something more accessible. I like the use of samples on this album, it makes listening to it as a whole flow really well, even though that is not the way most people digest music these days. There is more of a post-punk feel to "Everyone's At Home Eventually". Lyrically it seems to be reflecting on his teenage years. The beat is stronger and has more slink to "Dial Down the Neon" it reminds me of something the Faint might have done. Granted it's more aggressive than the bulk of the Faint's work, perhaps not a few of the songs from "Danse Macabre". This song has a wider range of dynamics than some of the albums typically more spastic moments. The album's strongest song might also be the one that comes closest to industrial as "In For a World of Hurt" balances the pound with passionate melodies. 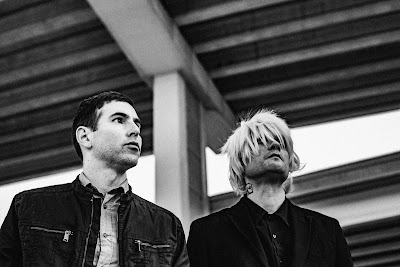 The guitar takes a more prominent role in the some what darker "Before It Was Worn". The vocals more commanding in some of the exclamations. Things take on more of an industrial clang with the glitchy jerk of "Still Between Lovers".  The lyrically  this sounds like a serial killer's ode to dating. The album closes with "the Drifter". This has an almost more conventional beat. Vocally the refrain of "You can bury me alive" hooks you in and with all it's bizarre sonic clamor it some how works . I will round this one up to a 10 as it's a compelling listen that continues to draw me in.