Behemoth : " I Loved You At Your Darkest" 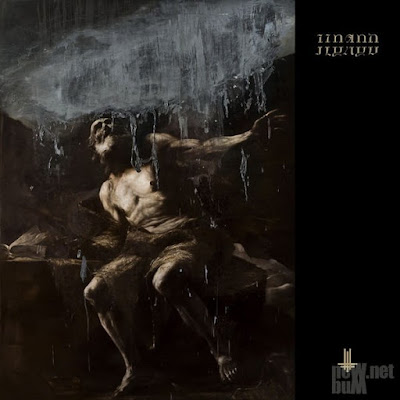 The album starts off with a creepy intro with kids chanting a spurt of blasting thrown in. "Wolves ov Siberia" leans more into the black metal side of the blackened death metal equation.The punchier sections come across heavier than the blasty mcnasty. The end finds sung vocal creep in, but the only relent for so long. "God = Dog" opens with more groove which they break up with blast beats. The song gets murky before they bring the chanting children back who opened the album. The dense barrage they like to hit you eventually takes on more of a death metal feel. There are a few melodic moments layered in. Two minutes there are some choral moments. The double bass doubles up when it's time for guitar solos. The drums on this album sound great and are a fucking avalanche that hits you. In the last minute there is a strum of acoustic guitar, that offers only a moment of breathing room before they come back more furious.

"Bartzabel" is the first really melodic song. It's first one that really balances melody with darker heaviness. Every thing has enough room in the mix rather than feeling it being shot out of a cannon at you. One thing you can say about this album is all of the songs transition pretty seamless one to the next. "If Crucifixion Was Not Enough" proves they know black metal doesn't have to have blast beats. There is some interesting interplay between the guitar and drums. "Angelvs XIII" finds their foot back on the gas at full blast forward. Sure they can play fast , I get it but it's not until the clean guitar comes in that it really flows . "Sabbath Mater" doesn't really grab until the more sung vocals come in it's pretty much in your face with little thinking required. The bass does some interesting things on this one though. There is this more progressive tinged feel to the solo section. In the larger context of the song it is a little weird.

Clean guitar returns to set a more despondent tone to the beginning of "Havohej Pantocrator" . Growling and double bass ensues. They didn't have to slow down on this one as the vocals and guitar work with the drums enough to keep my attention. "Rom 5:8" opens with a little more of a thrash feel. It eventually devolves into blast beats. Though there is pretty cool stomping section that gets more melodic. The more thrashing riffs the song winds into finds the drummer finally getting his double bass the spotlight it deserves rather than rumbling out of a wall of guitars. They end on a more death metal note with "We are the Next 1000 Years".  Though the darkness rolls over the song by the end . I like this album better than "Satanist" but it's not the most interesting thing I have heard them do. Still even then it's really well done. It should please fans of the band so I'll give this one an 8.5

Email ThisBlogThis!Share to TwitterShare to FacebookShare to Pinterest
Labels: : album review, " I Loved You At Your Darkest", 2018 album, 8.5, Behemoth, blackened Death metal