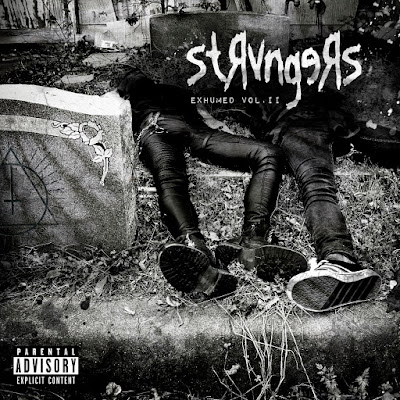 This is an album of remixes and covers by the band who blew me away with their latest full length "Amor/Noir" which has to be in the running for my Album of the Year. It starts off with a cover of "ADIDAS" which they pull of but the heart of the song is so firmly entrenched in Korn's there is only two ways to go with it, faithful to the original at the point of sounding like the band that wrote the song, or take it in another direction. They choose the first route. Then comes "Dying on the Floor". This song has a brighter under current than the bulk of the songs off "Amor/Noir" keeping it from grabbing me in the same way those songs did , but since it is different it might take it time to grow on me. They begin to excel on the remix of "This is Not a Phase" which remedies the happier elements I was on the fence with on the original. So the darker tone on this remix is much welcomed

"Dancing With Myself" has never been my favorite Billy Idol song, but their take on it distracts me from this self. It captures the celebratory flare of the song while being true to themselves.  I feel "Fetisha" was perfect as it was , so remixing it finds the bar raised pretty high. It takes the song in more of an electronic direction and strips some of the heaviness way. The groove is pretty strong, though I still favor the original. What I was saying earlier about making a song your own is achieved on their cover of Eddie Murphy's "Party All the Time". It retains a playful tone, not forsaken it's 80s roots. "Wanderlust" slows down and it gives the melody some breathing room making it work even better than the original. While Marilyn Manson already gave us one cover of "Cry Little Sister" these guys pull it of better vocally.

The remix of "Heroine Overdose" has a darker and more electronic pulse. There is a gender flip with the vocals as the female half of the duo handles them on this version. A cover of Nine Inch Nails biggest song is a daunting task.But these guys tackle it pretty well. I'll round this up to a 9.5 because they made better what they had already close to perfect.