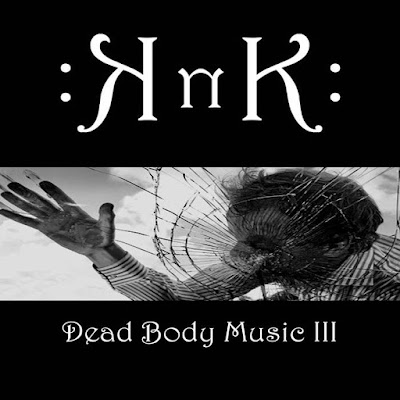 I was unsure about this until it kicked in. This project from Belgium effectively combines the groove of EDM with the anger of industrial. The vocals are distorted, but not timid. They go into more of a roar. The synths are rough around the edges and coldly clashing against one another. "Screwdrive" is not as focused as the opening track. "No Forever" is slower in it's throb. The vocals are more spoken and not as interesting. I think they always need effects as it makes them as inorganic as the rest of the music. Having recently reviewed the new Author & Punisher, I can hear on a song like "Mother" how these guys are trying to be oppressive and in the same zip code. Not that they are in any way drawing influence from Tristan Shore, but there is a similar abrasive quality to their brand of industrial.

More minimal than the bulk of industrial music, they do make use of what sounds to be more analog synths. The spoken vocals at this point even with the effects are beginning to bore me. In fact the only reason I have hung on this long is because they are so fucking dark. They capture some cool sounds, but I am not sure I would say it always translates into compelling songs. "Choke" has a more angular pulse to it and is more up tempo than the bulk of what we have heard here so far. It's also not as dark. Once again the vocals are a let down, not that I am really expecting much from them at this point. There is a little more atmosphere going into "Creeps in the Land of Creeps" to the point that going into the song it almost sounds more like kraut rock. It does build into more of a groove, but the narrative remains the same.

There is more tension to the groove of "Collapse". This can only play into their favor for song long as the vocals do not change. The samples in "Falldown" help change the narrative. I think the more jagged percussive patterns help change things. The vocals sit back further in the mix, so they are less of a distraction. What plays against this song is it is not as dark and there is not as strong of a groove.I'll round this one down to a 7, while I like the mood it creates, I find the vocals to be the biggest draw back as it works for the first few songs then bores me.