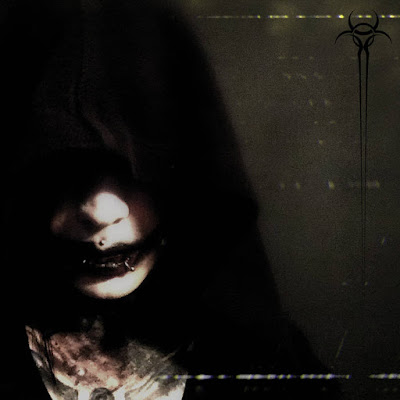 They are back, "Order of the Shadow" was the last album I checked from these guys and I really liked it so have high hopes here. They are almost a blackened industrial, though really the vocals are the most black metal part of their equation. The guitars mainly stay at a weighty chug. I like how dark they are . This album feels like it picks up where they left off six years ago. The first song is more of a hammering march than a groove. Real drums or not the double bass in "the Light of Armageddon" beats your ear drums silly.  The lower slithering vocal on "Beware the Wolves" is needed to help break the scathing screams that dominated the first two songs. The melodic piano line in this song also helps to expand the album's dynamic range.

"Warm What's Hollow" finds them getting even darker as the beat pulses with a more "Downward Spiral" like hopeless. They go back into the creepier whispered vocals on "When the Last Stars Die". It's pretty apocalyptic when the guitar come crashing in. They work off a loud to soft dynamic here with out feeling like rehased nu-metal. "And With Fire" also works off a similar formula, dark and brooding then exploding into a big guitar sound that just crushes. It takes three minutes to get into the meat of the 14 minute closing epic "the Last "  The song it self is slow and ominous when it does kick in, though feels like more of an outro when then bottom drops out and then it comes back in as noise.

So for the purpose of scoring it for this review I am not counting the last song or the other interludes.So due to this being so interlude heavy, I'll round it down to a 9.5. Which is still pretty fucking outstanding. Obviously the fact that it is so dark weighs heavily on why I like it. If you are looking for industrial with a groove that you can dance to then you are going to need to look elsewhere. This is more industrial music to kill yourself to after a heroin binge during a zombie apocalypse.