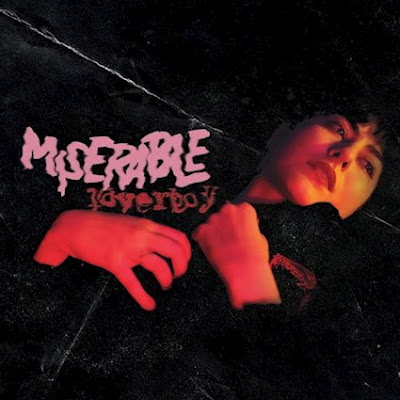 King Woman front woman Kristina Esfandian just released this album with her other band. It's suitable gloomy and brooding. It almost shoe gaze, and like a resentful take on Mazzy Star. The second song is more up beat and sounds like 90s indie rock. Sebadoh comes to mind here along with some of the bands that were somewhat shoe gaze some what sultry alt-pop like Lush. By the third song "Cheap Ring" it gets a little droning, though this song does build up by the end. Kristina's vocal seem to expand in her upper range as opposed to her more bluesy groans and moans she utters with King Woman. Some of her anger in these songs is also expressed in a manner that is not unlike Courtney Love's earlier less radio friendly work.

"Pain Farm" has a dissonance to it's jangling strum. The vocals to this one kind of hover around the sonic clutter of the guitar that doesn't contract into something more riffy until the end of the song. This is becoming the formula at work here. Wander in the dizzying drone of more murky chord progressions then bring into something with  more form and function at the end. Things are still in the zip code of shoe gaze with "Hotel" the vocals have a more delicate touch to their croon despite the more challenging guitar parts under them.  "Daydream Nation" era Sonic Youth might be a fair comparison. It does still remain dark enough to qualify for Gothtober as I could easily imagine something like this coming out on 4AD. There is a more obvious shoe-gaze quality to "Fever" which if not for her more alto centered tone, might draw comparisons to Cocteau Twins with the guitar parts.

The pace picks up a little for "High". There is a more punk minded recklessness in play, but the thick atmosphere cancels it out. "Kiss" has a weird 80s post-punk ballad feel, more along the lines of Jesus and the Mary Chain. Which is 80s hipster goth, as those kids were out smoking cloves with the dudes with black lipstick and Flock of Seagulls haircuts , so just because there are no bats in the belfry doesn't mean it won't sit nicely between the Cure and  Cocteau Twins when you have your iPod on shuffle mode. I will give this album an 8.5 and see how it sits with me .