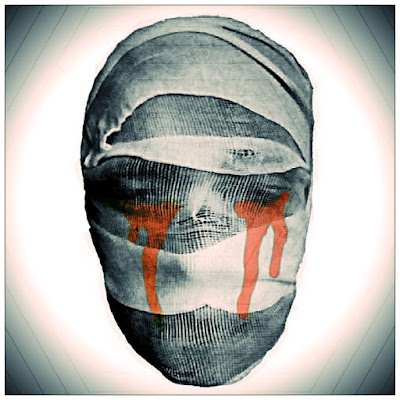 This duo from Washington have released an interesting album, that is dark and electronic though not really dark wave. The vocals are weird and punk like in their chant. The guitar is fuzzed out more like rock. The programmed drums could stand to have a little more boom, and the overall production could be better than the way around, but listening for what they are trying to do you can certainly still get the picture they are tying to paint. Things do begin to lean in a more dark wave like direction when the vocals go into a lower croon on the second song and continue to linger there with "the Snake in the Garden". "We Must become the Light" holds a more melodic touch with the guitar making this possible.

The production value of the beats that drive this album seem to be one hindrance to their overall sound. The other is the inconsistent vocals . Sometimes I really like them at other times they are a little pitchy. I am not sure if this is a stylistic choice or not, though I am leaning towards it not being one as it seems to happen when his voice is at the edge of it's comfort zone. "One More Dance" is darker and has a touch of Bauhaus to it , but even with those factors at play it's not thee strongest song. The almost Cramps like rock n roll turn of " Is Your Heart on Fire" makes me wonder if these guys are as sure of the direction they want to go in as it sounds they are earlier in the album. "Claws in Me"  puts them back in a much better direction and the thump of the bass here supplements them beat in a much needed fashion. This proves that with the right touch what they do can really work.

They continue to get back in a better more focused direction on "Here's Your Vengeance". This song does get more experimental , but it still works in the context of what they are doing. "How it Ends" is more melodic and his vocals improve. There are many sonic and emotional layers to this song which I appreciate. A great deal of dark ambiance opens "Longing For".  Its an odd instrumental. Musically not odd just odd in it's placement and purpose. It does serve as a good contrast to the more abrasive beginning of "the Truth" that closes the album. This song has a more apocalyptic feel, with the vocals in more of an Iggy Pop place, though in the dissonance and rock n roll undertones Nick Cave could also be a reference point. I'll round this album down to an 8. I think the points I have called into question already make this clear why, but these guys have a ton of potential and what they do works more often than not and is actually pretty cool.