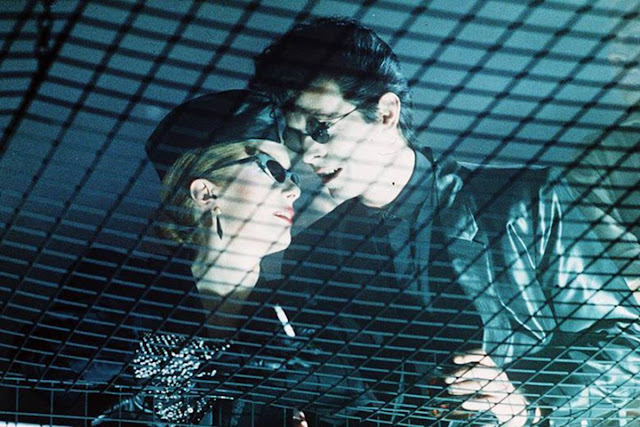 OK , I have been promising a Play list of Bowie for sometime now so this makes the most sense for me to make this an installment of Gothtober. But David Bowie isn't goth. Well it depends on what version of Bowie you are talking about and even then it varies song to song. One of his darkest songs that is included here is from "Lets Dance" which was Bowie's take on being an American pop star. Some of these are from his 90's album "Outside" that dipped his toe into industrial, a genre he had already influenced on "Scary Monsters". So that is what we are looking at here David Bowie's darkest moments. After Bowie died I did an article on Cvlt Nation called "Goth is the New Bowie" which looked at how goth would not exist if not for him. The article can be read below

Now that should have cleared up any confusion you might have had, lets take a listen at Bowie's darkest moments. To clear up further confusion I am not saying these are arranged in a top 10 format, they are arranged according where they fall on their respective albums. Which is how I have been doing all the play lists because I am an OCD nut.

"Sons of the Silent Age"